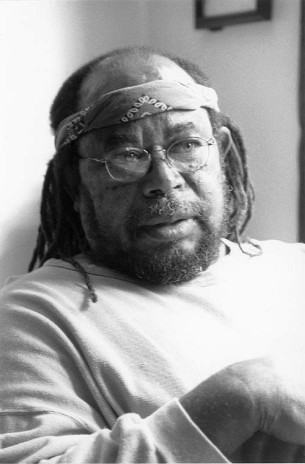 Tyree Scott was a Seattle civil rights and labor leader who opened the door to women and minority workers in the construction industry. Scott was born in Hearne (Wharton County), Texas and before moving to Seattle in 1966, he served in the U. S. Marine Corps during the Vietnam War. His father was an electrician in Seattle who found that jobs in the construction industry were off limits to blacks, limiting his ability to compete for large contracts. In 1969, when Seattle’s Model Cities Program was attracting large federal contracts, the anti-poverty agency encouraged black contractors to organize in order to gain access to them.

Scott became the leader of a group of black contractors known as the Central Contractors Association who sought equal compliance in Federal building projects. During the months of August and September, 1969, he led the CCA in shutting down every major federal construction site throughout Seattle to protest the ongoing discrimination against black contractors and construction workers. One protest closed a work site on the University of Washington campus while another demonstration temporarily halted work on the construction of an airport runway at the Seattle-Tacoma Airport. These protests precipitated the first federal imposition of affirmative action upon local labor unions. The United States Department of Justice filed suit against the all-white construction unions in late 1969 for their discriminatory practices.  The following year Federal Judge William Lindberg mandated a broad affirmative action program for the Seattle construction industry. The Seattle Plan, as his order was soon called, eventually became a national model for affirmative action in the construction industry.

In 1970, Tyree Scott became the leader of the United Construction Workers Association, a new organization proposed by the American Friends Service Committee which was to support minority workers with activism, social work, and political advocacy. In 1973, the UCWA, the Alaska Cannery Workers Association, and the Northwest chapter of the United Farm Workers joined forces to found the Northwest Labor and Employment Law Office (LELO). This organization forged international ties among workers in the attempt to get better job conditions for low-income workers through class-action lawsuits.

During the 1980s, Scott began taking his labor and civil rights mission abroad and formed organizations to help laborers in developing companies. From 1990 to 1992, he helped construct an irrigation system in Mozambique and was an election observer for the World Council of Churches at the first national election in Mozambique. In 1997, he led a LELO-sponsored Seattle conference international conference which drew delegates from a dozen countries who discussed leadership of labor and civil rights activism throughout the world. Tyree Scott died in Seattle in 2003.