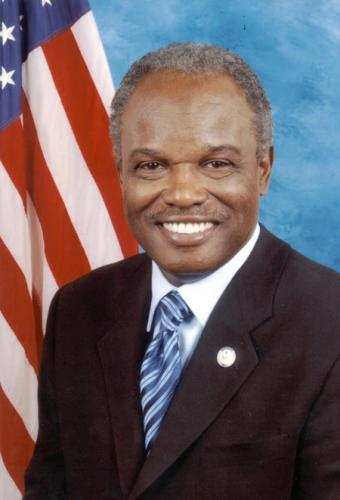 The son of a minister, Scott was born in Aynor, South Carolina, on July 27, 1946. He attended elementary school in Scranton, Pennsylvania, junior high in Scarsdale, New York, and high school in Daytona, Florida. In 1967 he received his B.A. degree in finance with honors from the University of Pennsylvania and his M.B.A. with honors from the University of Pennsylvania’s Wharton School of Finance in 1969. Scott founded Dayn-Mark Advertising in 1978 in Atlanta, Georgia, which is currently run by his wife Alfredia Scott.

David Scott was elected to the Georgia House of Representatives in 1974 and served as a member until 1982. He then served in the Georgia Senate from 1983 until his successful election bid for Congress in 2002.

Scott is currently a member of the Financial Services Committee, the Capital Markets and Financial Institutions Subcommittees, the Foreign Affairs Committee, and the Agriculture Committee. He is also the co-chairman of the Democratic Group on National Security. He has sponsored several bills in Congress, including the Moment of Silence Act, which allows for a moment of silence for reflection and prayer in public schools, the Access to Healthcare Insurance Act, which extends affordable healthcare coverage, and the Financial Literacy Act, which provides educational information to home buyers and investors. Scott is a member of the Blue Dog Coalition, a group of moderate to conservative Democrats in the U.S. House of Representatives.

David Scott, a member of Alpha Phi Alpha Fraternity, and his wife, Alfredia, have two children, Dayna and Marcye.