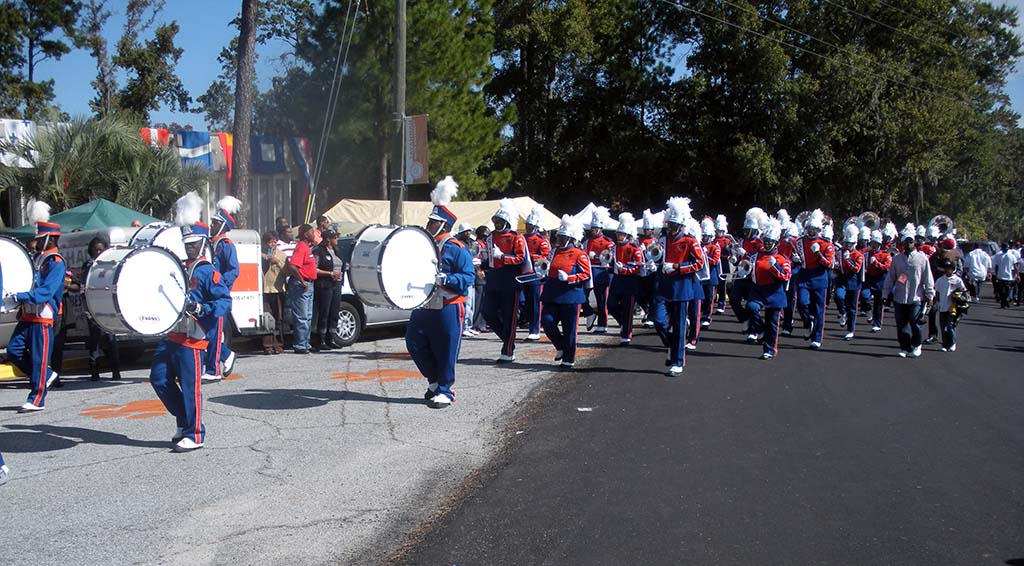 Savannah State University, a historically black university in Savannah, Georgia, is the oldest state supported black institution of higher education in the state of Georgia.  It was the first black public land grant college established in the state after the Morrill Act of 1890. Originally named the Georgia State Industrial College for Colored Youth, the school met in Athens, Georgia for less than a year before moving to a campus in Savannah in 1891, where it remains to this day.

The first class was composed of eight students and five faculty members. Richard R. Wright, Jr., the son of Richard R. Wright, Sr., who was the school’s first president and primary founder, earned the school’s first baccalaureate degree in 1898. In 1921 the first female students were admitted.  In 1932 the school’s name was changed to Georgia State College and it became part of the University System of Georgia after eliminating all secondary level education programs.  In 1950 the school was renamed Savannah State College, and in 1996 the University System of Georgia granted the school university status and it was renamed Savannah State University.

Historically, the school’s focus was on training teachers and preparing African Americans for professional careers.  The university later developed a strong tradition of preparing students in the sciences.  Savannah State, for example, provided undergraduate training for over half of the African American physicians in the Savannah area.  In the early years of the 21st Century the university also developed local small business development programs to assist the economic development of the local community and to train students in strategies specific to small businesses. Savannah State also maintains exchange programs in China and Ghana.

During the 1960s the campus was a center of civil rights movement activity.  Most of the local leaders of the NAACP were educated on the campus and virtually all of the protest marches started there.

In 2003, Savannah State University had over 2,700 students, the vast majority of whom were African Americans from the state of Georgia.  Although the faculty is the most diverse in the University System of Georgia, the school has recently begun efforts to recruit more Hispanic and Asian students. The university has schools of Business, Humanities, Social Sciences, and Sciences and Technology, and offers more than 36 undergraduate majors along with master’s programs in business administration, public administration, and social work.  Distinguished alumni include Lieutenant Commander Donnie Cochran, a pilot for the Blue Angels fighter group.