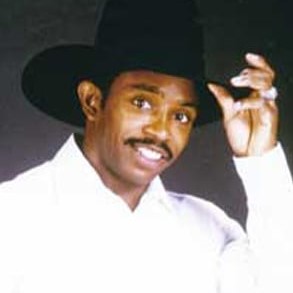 In 1982 Charles Sampson became the first black man to win a Professional Rodeo Cowboys Association (PRCA) world championship, which he won for bull riding. In 1996 he was inducted into the Professional Rodeo Hall of Fame and in 2008 was inducted into the National Cowboy Hall of Fame. Sampson was born July 2, 1957 and was raised in Watts, Los Angeles, California before moving to Gardena, California. Born to a contract painter and housewife, Sampson was the 11th of 13 siblings.

Sampson’s curiosity for cowboy activities was peaked at age 10 after his mother took him to a pony ride. His interest in riding bulls was developed a year later when, as part of a Boy Scout trip, he visited a riding stable. Soon after, Sampson took a job at a horse stable in order to afford roping and riding lessons. At 13 Sampson rode in his first rodeo in Oklahoma, and began making money riding bulls only two years later in El Cajon, California. He won his first rodeo at 17, and received a scholarship to Central Arizona College for their rodeo team. Roughly 12 years after his first earnings as a bull rider, Sampson became one of the highest money-winning bull riders of the 1980s, and set a record for winning money as a bull rider in 1982. By the end of his career, Sampson had earned one million dollars in competitions. His rodeo schedule could keep him away from home more than 300 days a year, and he rode between 30 and 35 bulls a month in the summertime during the peak of his career.

Standing only 5’4” and weighing 134 pounds, Sampson was sometimes referred to as Mighty Mite. He became famous for his exaggerated riding style, and his career involved numerous injuries, one of which almost killed him after his sternum was crushed and a broken rib punctured his lung after a bull stepped on his chest in 1979. His most well known injury was in 1983 during the PRCA’s Command Performance for President Ronald Reagan, when his face was shattered. At the time of the injury he was the only black cowboy competing nationally for the PRCA. By retirement Sampson had a prosthetic ear, had cracked his skull, and his left calf was wired together with two metal plates, pins and screws.

Over the course of his bull riding career Sampson accrued multiple awards, including the 1992 Copenhagen/ Skoal Rodeo Superstars Championship, the George Paul Memorial rodeo in Del Rio, Texas (twice), the National Grand Rodeo (twice), and numerous others. He retired in 1994 after riding in the Dodge National Circuit Finals Rodeo. Sampson built a ranch in Arizona that includes a small amateur bull riding clinic. He has a wife, Marilyn, and two sons, Laurence and Daniel.