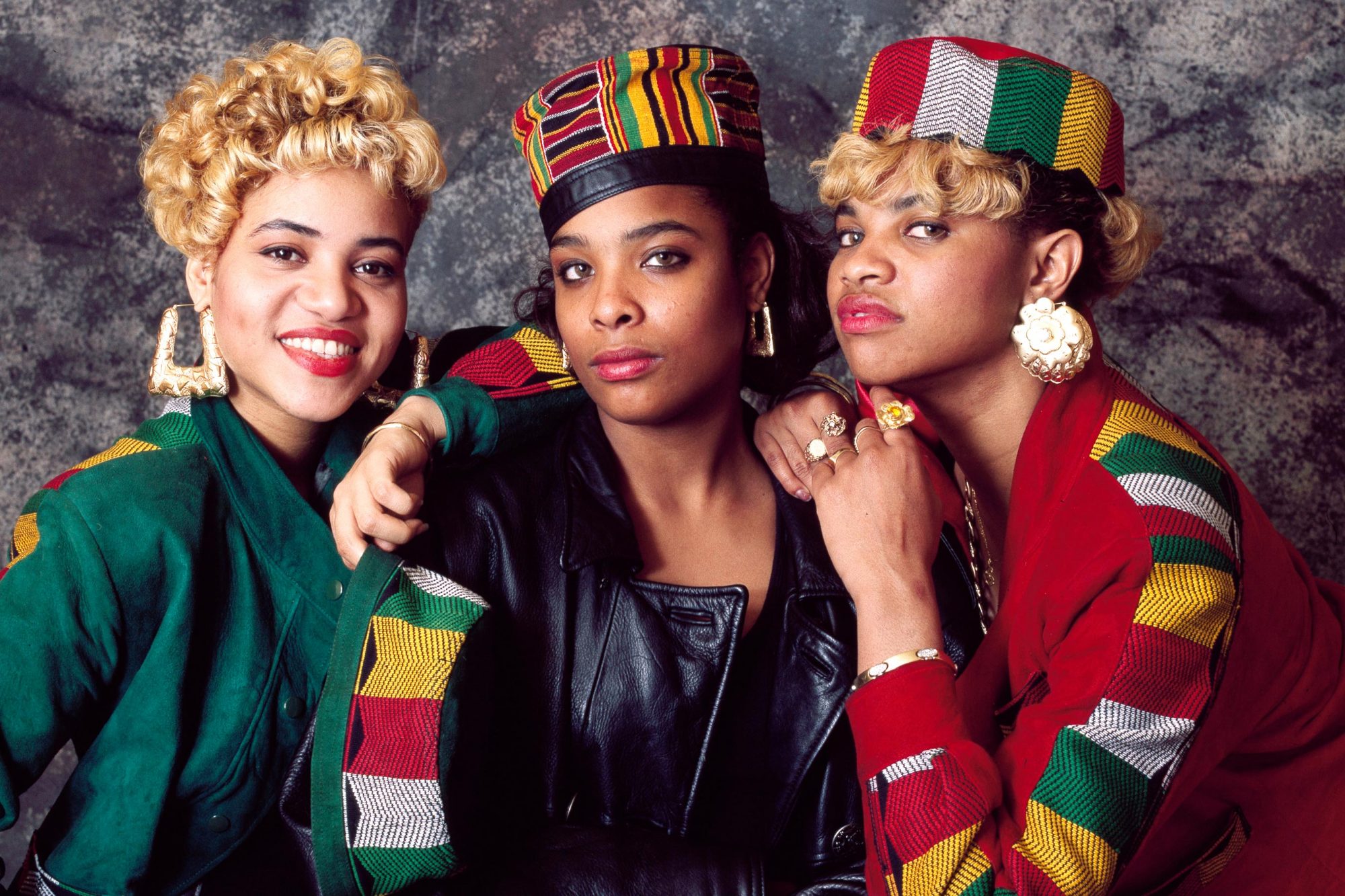 The Hip Hop group, Salt-N-Pepa was formed in Queens, New York in 1985. Queens native Sandra “Pepa” Denton and Brooklyn native Cheryl “Salt” James met while attending Queensborough Community College and became close friends. They both began working at Sears merchandising, and met fellow co-worker Hurby “Luv Bug” Azor, who was studying record production. Azor asked the duo, who went by the name Super Nature, to record a song for his class project, which resulted in the “The Showstoppa,” an answer record to “The Show” by rapper Doug E. Fresh. DJ Latoya Hanson joined and rounded out the trio, and the single was officially released as “The Show Stoppa (Is Stupid Fresh)” by Pop Art Records, an independent label. The trio landed a recording contract with Next Plateau Records, and their first studio album, Hot, Cool & Vicious was released in December 1986.

The group changed their name to Salt-N-Pepa as they became the first all-female rap group to enter the music industry. In 1987 DJ Hanson left and Diedra Roper, DJ Spinderella joined the group. The remix of the single “Push It” led the group to be the first female rap act to achieve gold and platinum status in the United States because the album it was on sold over one million copies worldwide. Their second album A Salt with a Deadly Pepa was released in 1988, which included the top 10 R&B hit song “Shake Your Thang,” a collaboration with go-go band E.U. The album was certified gold after selling over 800,000 copies internationally.

Salt-N-Pepa’s third studio album, Blacks’ Magic, was released in 1990 by London Records. The single, “Let’s Talk About Sex,” also achieved international success and sold over one million copies.  The trio released a greatest hits album entitled, A Blitz of Salt-N-Pepa Hits: The Hits Remixed in the same year and their fourth album, Very Necessary, was released in 1993.  It became multi-platinum after selling over seven million copies worldwide and over five million in the U.S. The single, “None Of Your Business,” won the trio their first Grammy Award for Best Rap Performance by a Duo of Group, making them the first all-female rap group to win the coveted award.

Their fifth and final album together, Brand New, was released in 1997 under Red Ant Records, after they were offered a $15 million dollar signing bonus. The album was certified gold (selling over 500,000 copies), giving the group an unbroken string of gold and platinum albums throughout their twelve year career. The group disbanded but reunited in 2006 for the VH1 Hip Hop Honors program.

The Salt-N-Pepa Show, a reality tv show debuted on VH1 in 2007 and lasted for two seasons. The trio began to tour with other 1990’s groups in 2009. They received the “I Am Hip Hop” Award at the BET Hip Hop Awards in 2010, and in 2014, were featured in a Geico insurance commercial performing their hit song “Push It.” In 2019, Dj Spinderella announced that she had been “Terminated” from the group via an Instagram post. DJ Cocoa Chanelle, became her replacement. On January 23, 2021, a biopic named after the trio was released on the Lifetime network. Original members Cheryl James and Sandra Denton continue to tour with their new DJ.