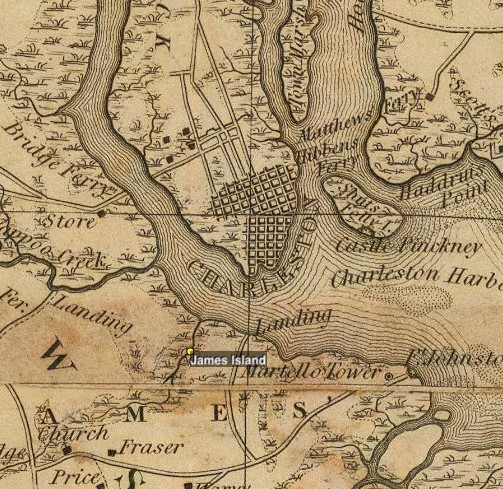 Sally Seymour of Charleston, South Carolina built a business empire out of her pastry shop by providing haute cuisine for the city’s most prestigious citizens. She also profited by training and then selling enslaved cooks. Born into slavery, Seymour was the cook and sexual partner of planter Thomas Martin. During her time in bondage, Martin had Seymour trained in French cooking by Adam Prior, one of Charleston’s two pastry cooks. Under Prior’s tutelage, Seymour learned how to prepare delicate sauces, braise meats, bake a range of savory breads, and prepare delicate puff pastry.

After Martin manumitted Seymour and their children in 1795, she opened a pastry shop on Tradd Street in the heart of Charleston’s business district. Two of Seymour’s children worked alongside her baking pies, cakes, trifles, and other pastries as they built up not only a reputation but also capital needed to invest in their own enslaved workforce. In 1804, Seymour purchased a young woman named Chloe to work in the pastry shop and eventually had six enslaved pastry cooks (Chloe, Felix, Peter, Betsey, Liddy, and Laura) assisting at her establishment. By the time of her death in 1824, Seymour left an estate worth in excess of $1,600. While her son, William, ran a tavern outside Charleston, her daughter Eliza took over the pastry shop. Seymour not only left a financial legacy for her children but also greatly influenced the standards of fine cuisine in Charleston.

In addition to selling pastries, Seymour purchased enslaved people and then trained them in the art of pastry baking before reselling them. Enslaved cooks trained by Seymour were in such demand they were marketed by private auction rather than public sale. Wealthy Charlestonians also apprenticed their enslaved cooks into Seymour’s service, likely paying her in exchange for their training.

While the total number of enslaved people Seymour trained is unknown, between 1823 and 1853, twelve slave sale advertisements for enslaved cooks include reference to training under her tutelage have been discovered. Descriptors indicating training under Seymour include “served time with Sally Seymour,” “served a full apprenticeship to Sally Seymour,” and, even three decades after her death, an advertisement appeared in the Charleston paper for a “first rate Meat and Pastry cook brought up by Sally Seymour.” Such a sustained prominence in the culinary memory of the city’s elite speaks to the notoriety of Sally Seymour’s skill as well as the lasting culinary influence of enslaved women trained under her tutelage. Seymour also trained many of Charleston’s free black cooks and caterers during this era as well, generating an enduring impact on culinary culture not only the region but the US South at large.