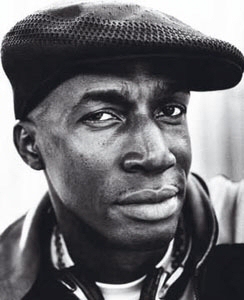 Although he will more than likely be remembered best for releasing “The Message,” the first rap song to delve into social commentary about the plight of African Americans in the inner-city, Grandmaster Flash was also the original technological virtuoso of the early hip-hop movement to emerge from the Bronx borough of New York in the 1970s. A child of Barbadian immigrants, Flash was driven by the mechanical imperfections of his immediate predecessors’ equipment to create new, home-made mixing tools. Along with his technological savvy, an obsessive drive for rhythmic perfection led him to essentially create the art form of ‘turntablism,’ the use of the record player as a musical instrument.

Beginning in 1977, Grandmaster Flash began to make his name in the Bronx for the wide range of technological tricks he used to electrify the party. Though DJ Kool Herc was the first to loop the percussive break-beat of a record, his technique was, in Sadler’s mind, sloppy and lacked precision in terms of keeping time with the rhythm of the beat. Flash created a cross-fader to improve upon Herc’s innovations, dubbing his style the “Quick Mix Theory,” which also incorporated a virtuoso 13-year-old named Grand Wizard Theodore’s technique of scratching a record back and forth for musical effect. As well, Flash’s routine also utilized a new electronic percussion machine called the beatbox to great effect.

No hip-hop DJ in the late 1970s was without a crew of rappers and New York audiences heralded Flash’s Furious Five, consisting of Melle Mel, Cowboy, Kid Kreole and the Glover brothers, as the best. As hip-hop transformed from being a strictly live medium to a recorded one, the group released several influential records. None would be as powerful as 1982s “The Message” where Melle Mel’s vivid imagery life in the ghetto at the onset of the crack epidemic would point to hip-hop’s rise to become the dominant cultural form to document the challenges confronting African American youth in the late twentieth century.