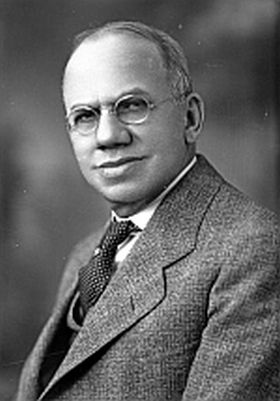 Born on Aug. 6, 1865 in Chillicothe, Ohio to George R. and Mary Elizabeth (Gatliffe) Ryan, John Henry Ryan was one of twelve children.  Ella (Alexander) Ryan’s origins are more unclear; however she was raised in Missouri as one of at least three children.  John H. and Ella Ryan moved to Spokane, Washington in 1889 along with several of John’s other siblings. Ella Ryan owned a successful beauty salon while John Ryan became a prominent local businessman.  The Ryans moved briefly to Seattle in 1900 where John Ryan worked in the newspaper industry.

The Ryans settled in Tacoma, Washington in early 1903, publishing the city’s first black-owned newspaper called The Weekly.  The publication quickly became defunct.  The Ryans began publishing The Forum in July 1903 out of their home at 206-7 Washington Buildings, using Graham-Hickman Co. at 1013 A. Street as its publisher.  The Forum was published from 1903 to 1918 and mainly reported on local, state, and national politics.  The paper heavily supported the Republican Party but was not adverse to endorsing policies and candidates from the Democratic and even Progressive Parties.  The paper also initially focused on the social activities of Washington state’s black community.  Ella Ryan became editor of The Forum in 1906 after John H. Ryan became more directly involved in politics.

John and Ella Ryans were charter members of the Tacoma NAACP and the Republican Party. Yet between 1920 to 1940, John Ryan was elected to the state legislature three times by three different political parties–Farm Labor, Republican, and Democratic–from majority white districts. In 1921 with widespread grassroots support organized by the NAACP, John Ryan, the only black member of the Washington state legislature, successfully argued against the passage of an Anti-Interracial Marriage Bill.

Gary Reese Fuller, Who We Are: An Information History of Tacoma’s Black Community before W.W.I. (Tacoma: Tacoma Public Library, 1992)