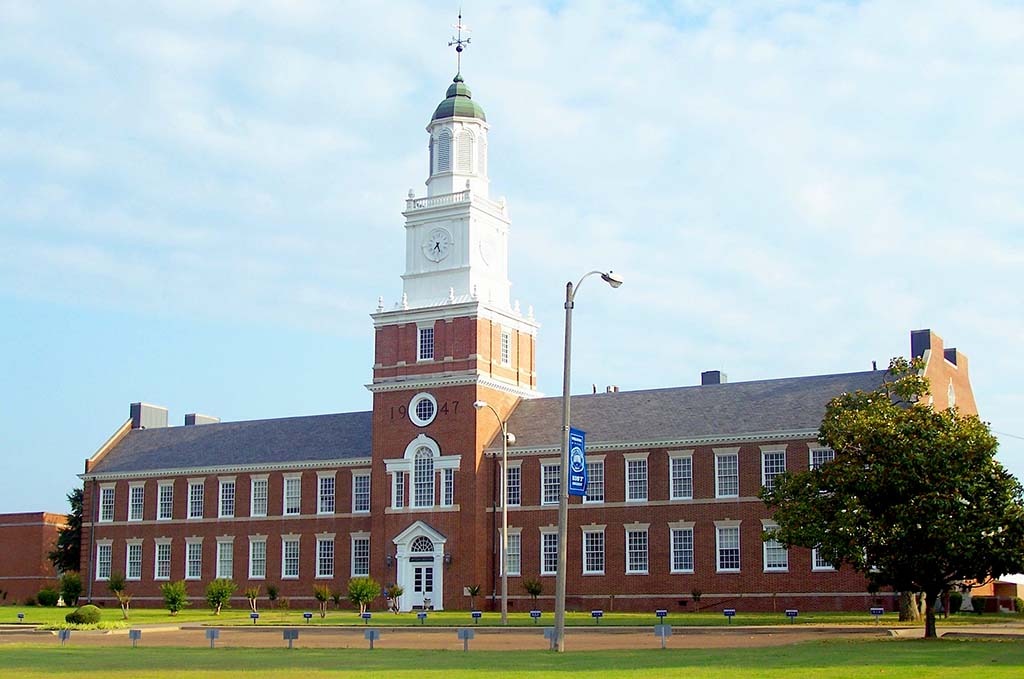 Rust College was founded in 1866 by the Freeman’s Aid Society’s missionaries of the Methodist Episcopal Church with the goal of providing basic education for adults and children who had formerly been enslaved. Located outside Holly Springs, Mississippi, the College is currently affiliated with the United Methodist Church. It is a historically black college and is the second-oldest private college in the state of Mississippi. Rust College is a four-year, co-educational, liberal arts institution, and is one of only five historically black colleges in the United States that were founded before 1867 and are still in operation.

When Rust College opened, instruction was given to adults and children on elementary subjects. The first campus buildings were erected in 1867. In 1870, the school was chartered as Shaw University, honoring Reverend S.O. Shaw, who donated $10, 000 to the new institution. In 1915 the institution changed its name to Rust University in honor of the Secretary of the Freeman’s Aid Society, Richard S. Rust.

As the number of students increased, Rust College added high school and collegiate courses to its curriculum. When public schools for African Americans in northern Mississippi increased, the College discontinued its grade school in the 1930s, and its high school in 1953. Today, Rust College is regionally accredited as a higher education institution by the Southern Association of Colleges and Schools and offers various Associate and Bachelor’s degrees. Situated on 126 acres, the college currently has a diverse student body of 942 undergraduates, and has an endowment of approximately $23.7 million.

Rust College continues its mission of providing impoverished but academically talented students access to higher education. Instilling cultural, moral, and spiritual values, while offering instruction in the humanities, social behavioral sciences, natural science, business, technology, and education, the college dedicates itself to serving and preparing its students in becoming contributing members of society.

Notable Rust College alumni include: Ruby Elzy (1908-1943), a pioneer African American opera singer who created the role of Serena in George Gershwin’s folk opera Porgy and Bess, and who performed it more than 800 times, Alexander Preston Shaw (1879-1966), the first African American Bishop of the Methodist Church; and Ida B. Wells (1862-1931), an African American journalist, feminist, newspaper editor, an anti-lynching crusader, and early leader in the civil rights movement.