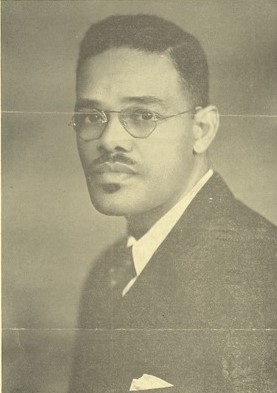 Rufus Early Clement was an educator and administrator who served as president of Atlanta University Center, a consortium of historically black colleges, from 1937 to 1967.

Clement was born on June 26, 1900, in Salisbury, North Carolina, to Emma Williams and George Clinton Clement, Bishop of the African Methodist Episcopal Zion Church in Louisville, Kentucky. Raised in Louisville, Clement graduated from Livingstone College in Salisbury, North Carolina in 1919, whereupon he worked on his father’s small farm and at odd jobs such as hotel bellhop, Pullman porter, and delivery person. In 1922 he earned a Divinity degree at Garrett Theological Seminary in Evanston, Illinois. He married Pearl Johnson that same year, and the couple raised a daughter, Alice. Clement then received a Masters’ degree at Northwestern University.

In 1925 Clement returned to Salisbury to become professor and dean at Livingstone College. Six years later, after earning a Ph.D. in history from Northwestern, he became the first dean of Louisville Municipal College, a segregated liberal arts college under the administration of the University of Louisville. Under his leadership, the college received full accreditation from the Southern Association of Colleges and Secondary Schools in 1936.

In 1937 Clement became president of Atlanta University Center, a consortium of Atlanta University, Spelman College, and Morehouse College. He would hold the position for 30 years until his death in 1967. During his tenure, the university established schools of Library Service, Education, Social Work, and Business Administration. Doctoral programs in education, mathematics, and biology were also founded under his leadership. In addition to his administrative duties, Clement authored numerous articles on African American history, politics, and education.

In 1953 Clement was elected to the Atlanta Board of Education, becoming the first African American to hold public office in Atlanta since Reconstruction.

Described by the New York Times as “a quietly dressed, soft-spoken man, with a contemplative manner, usually found smoking a pipe,” Clement was active in numerous civic, education, and diplomatic organizations. He served on the boards of the World Organization of the Teaching Profession, Commission on Interracial Cooperation, U.S. State Department’s Council on African Affairs, American Association for the United Nations, Atlanta Urban League, United Negro College Fund, National Association for the Advancement of Colored People, Southern Regional Council, Southern Conference for Human Welfare, Georgia Department of Education, and the U.S. Veterans Association. In 1956 he received an honorary Doctor of Humane Letters degree from University of Liberia. He also held Doctor of Laws degrees from Manhattanville College of the Sacred Heart and Virginia State College (Now Virginia State University).

Rufus Early Clement died of a heart attack while attending a conference in New York on November 7, 1967, at the age of 67.