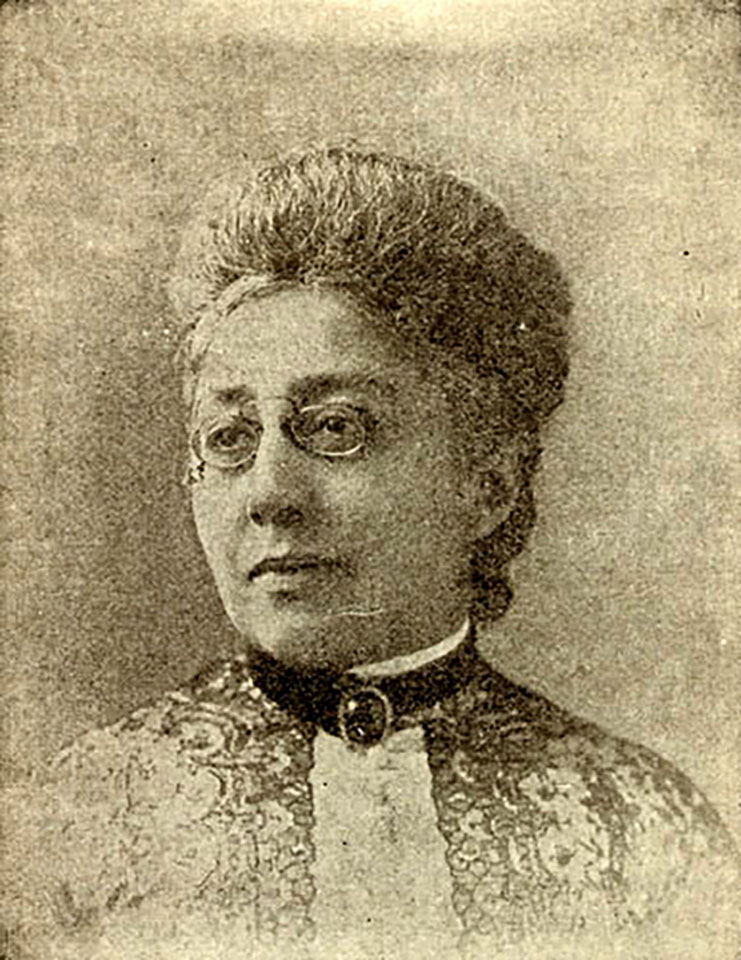 Josephine St. Pierre Ruffin was born into one of Boston’s leading families on August 31, 1842.  St. Pierre’s mother was an English-born white woman and her father was from the island of Martinique, and founder of the Boston Zion Church.  The St. Pierre’s sent their young daughter to Salem where the schools were integrated due mainly to the work of John Lenox Remond.

St. Pierre married George Lewis Ruffin at the age of 15.  Ruffin was the first African American to graduate from Harvard Law School and later served on the Boston City Council, the state legislature, and became the first black municipal judge in Boston. After marriage, Mrs. Ruffin graduated from a Boston finishing school and completed two years of private tutoring in New York.  During the civil war, the Ruffins were involved in various charity works, civil rights causes, and Mrs. Ruffin, especially, was involved in the women’s suffrage movement where she worked with Susan B. Anthony and Elizabeth Cady Stanton.

From 1890 through 1897, Ruffin edited Women’s Era, the first newspaper published by and for African American women.  She also founded, with her daughter Florida Ridely and Boston school principal Maria Baldwin, the “Women’s Era Club.” Believing that a national organization for black women was needed, she convened the first annual convention in 1895 which drew 100 women from 20 clubs across the United States.  She named the organization the National Federation of Afro-Am Women, which a year later united with the Colored Women’s League to become the National Association of Colored Women.  Mary Church Terrell was the organization’s president while Ruffin and several others served as vice-presidents.

Although the Women’s Era Club later disbanded, Ruffin remained active and became one of the founding members of the Boston NAACP in 1910. Josephine St. Pierre Ruffin died in Boston on March 13, 1924.