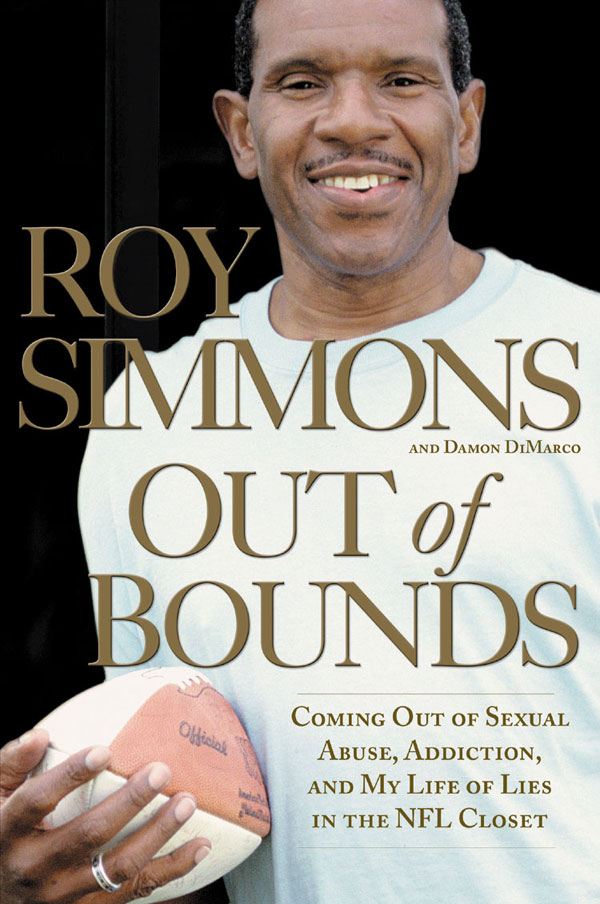 Roy Franklin Simmons was professional football player in the National Football League (NFL). He played for the New York Giants and Washington Redskins. He was also one of the first openly gay players in the NFL.

Simmons was born on November 8, 1956 in Savannah, Georgia into a family with five siblings who had different fathers. During his childhood, he was sexually assaulted by a male acquaintance. Simmons played football for Alfred E. Beach High School in Savannah, Georgia and after graduation in 1974 he was recruited to play basketball at Georgia Tech University. During his time playing with the Georgia Tech Yellow Jackets, he gained the nickname “Sugarbear” for his friendly personality.

Simmons was drafted by the New York Giants in the eighth round of the 1979 NFL Draft. He played two seasons for the Giants until 1981 when he lost his starting position as a guard and decided to leave the team. When no other NFL team picked him up, Simmons worked as a baggage handler at John F. Kennedy International Airport in New York City.

In 1983 Simmons returned to the NFL when he signed with the Washington Redskins. During the 1983 season, the Washington Redskins went to Super Bowl 18 where they lost to the Los Angeles (now Oakland) Raiders. Simmons played one additional season with the Jacksonville Bulls located in the United States Football League before retiring from football in 1985.

After retiring from football, Simmons’s personal became controversial because of rumored substance abuse and his being gay. It was rumored that Simmons had sex with an unidentified teammate while he played for the Giants. He was also rumored to have snorted cocaine with family and friends whom he invited to Super Bowl 18. In 1990, Simmons relocated to San Francisco, California and began to publicly identify with the LGBTQ community in that city.

In 1992, while making an appearance on the Phil Donahue Show, he announced that he was gay. With that announcement he became only the second NFL player to come as gay after David Kopay announced his homosexuality in 1975.

Five years later, in 1997, Simmons revealed that he was diagnosed as HIV positive. He publicly revealed his HIV status in 2003 and said that he was raped as a child. By the 2000’s. Simmons had become a born-again Christian, discussing his new faith on Christian television shows. Despite becoming an born again Christian and seeing homosexuality being immoral, he still identified as a gay man. In 2006, he testified before the House Judiciary Committee in the Ohio state legislature, for a bill that would raise the limit on the time victims of sex crimes can file suit against the people who sexually abuse them.

In 2005, Simmons released Out of Bounds: Coming out of Sexual Abuse, Addiction, and my Life of Lies in the NFL Closet. Roy Franklin Simmons died at his Bronx apartment from complications from pneumonia on February 20, 2014 at the age of 57. A year later, he was introduced into the National Gay and Lesbian Sports Hall of Fame.