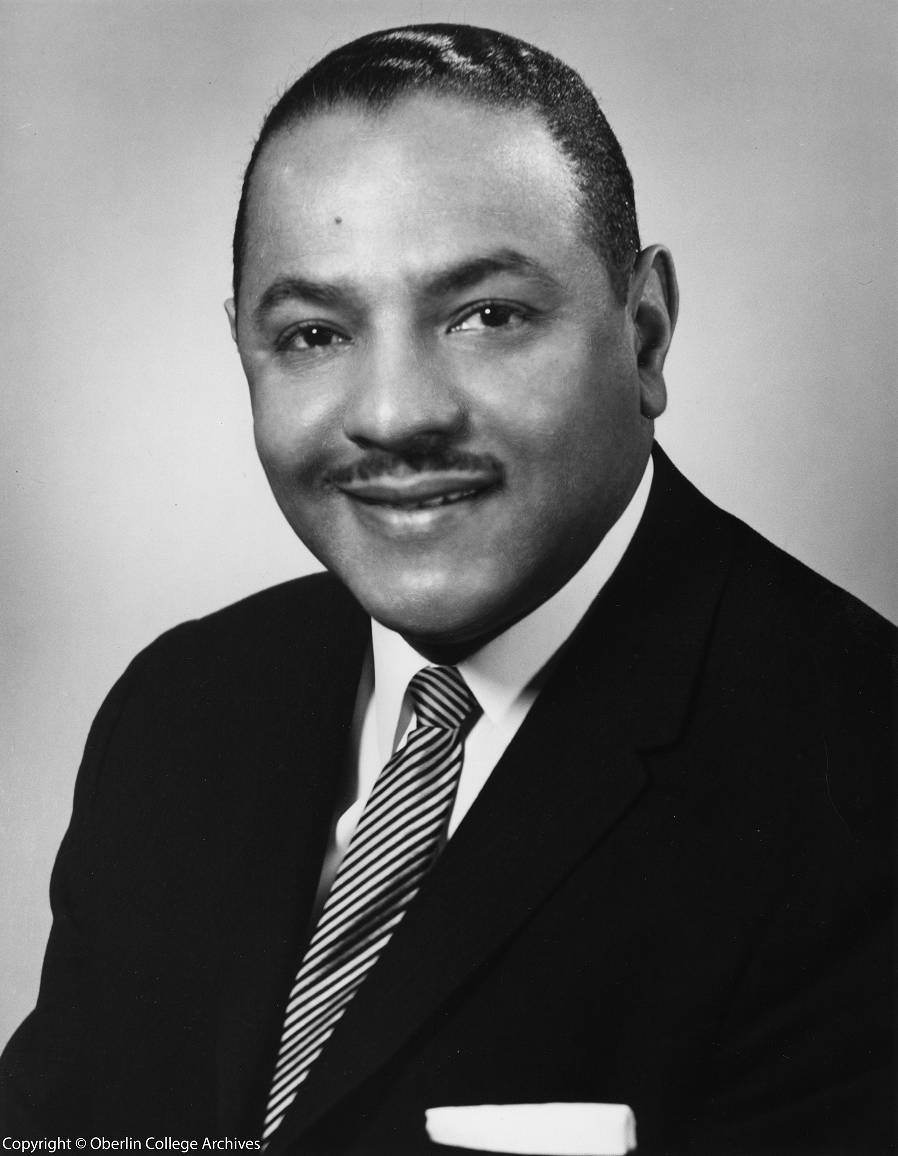 Carl Thomas Rowan was a diplomat, author, reporter, and broadcaster. He was the first black deputy Secretary of State, and the first black director of the United States Information Agency (USIA).

Rowan was born August 11, 1925, in the mining town of Ravenscroft, Tennessee.  When he was a baby his family moved to McMinnville, Tennessee, because his parents thought its lumberyards offered more opportunity. His father, Thomas, stacked lumber for construction, and his mother, Johnnie, cleaned houses, cooked, and did laundry for wealthier families. They had five children. The Rowan family home had no electricity, running water, telephone, nor even a clock. One of young Carl’s teachers encouraged him to read and write as much as possible, even going to the library for him because, as a black person, Rowan wasn’t allowed to check out books for himself. He graduated at the top of his high school class.

Rowan worked at a tuberculosis hospital and saved money to start his undergraduate studies at Tennessee State College in 1942. After the U.S. entered World War II, Rowan signed up for a Navy program that led to an officer’s commission. He was one of the first twenty black Naval officers during World War II, serving on a tanker in the Atlantic Ocean.

Rowan finished Oberlin College in Ohio in 1947, and earned a master’s degree in journalism at the University of Minnesota in 1948. That year, Rowan got his first journalism job as a copy editor at the Minneapolis Tribune. Within six years he was reporting for the paper in the southern U.S. to cover response to the Supreme Court desegregation ruling. His foreign correspondence covered the war over the Suez Canal in 1956, and events in Europe and Asia.

Rowan’s reporting caught the eye of Lyndon Johnson, and led to an appointment in the State Department of the John F. Kennedy administration in 1961. Rowan then served as a delegate to the United Nations, an ambassador to Finland, and Director of the U.S. Information Agency.

Rowan left the Federal government in 1965 to start a syndicated newspaper column.  It was published three days a week until his death in 2000. He also produced radio commentaries that aired five days a week.  Rowan was a regular television commentator, and authored several books, including biographies of baseball player Jackie Robinson and Supreme Court Justice Thurgood Marshall. In 1987 Rowan founded a scholarship for black students that grew into a multi-million dollar program.

Perhaps the only blemish on Rowan’s public image erupted in 1988, when he was accused of having shot and wounded a teenager who sneaked  into the swimming pool behind his Washington, D.C. home. Rowan had been an advocate of Washington’s strict gun ban, but in this case he argued that the gun was legal and that he’d had the right to protect himself. The case ended in a jury deadlock and mistrial.

Rowan, a member of Sigma Pi Phi fraternity, died on September 23, 2000 at age 75. His survivors included his wife, Vivien, whom he married in 1950, and three children. Rowan is the only journalist to have won the Society of Professional Journalists’ Sigma Delta Chi medallion three years in a row.