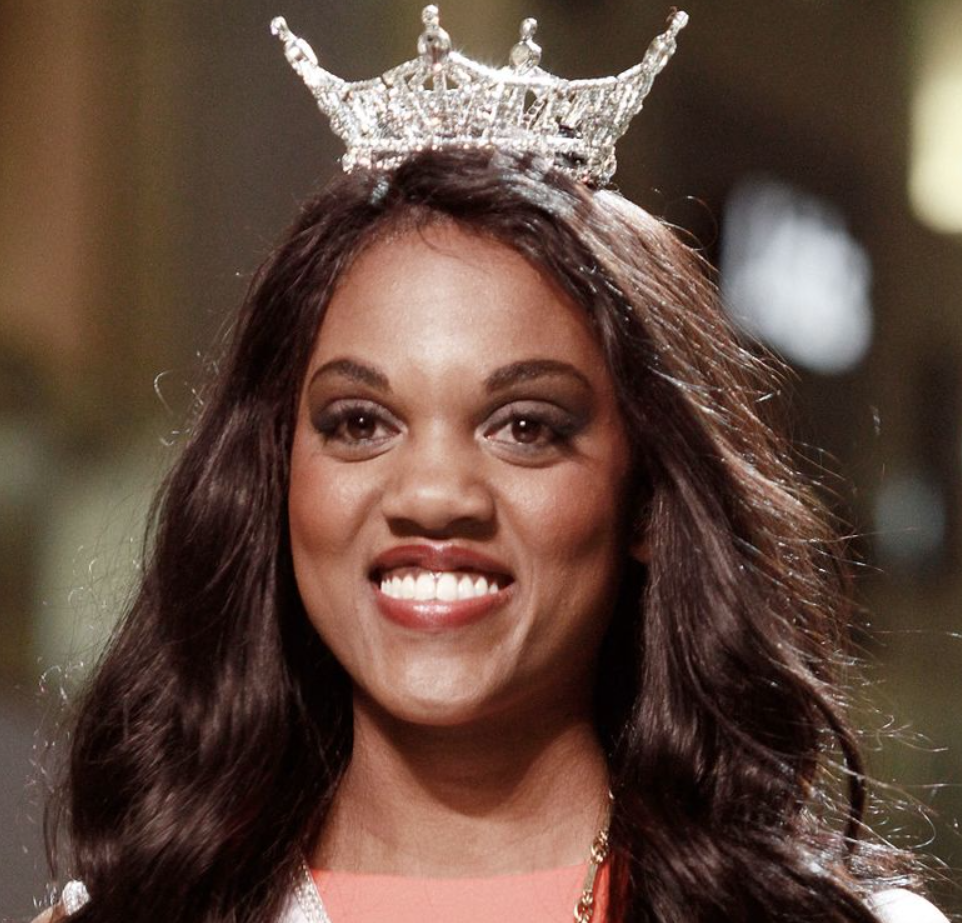 Rosemary Sauvageau Nestingen is a musical composer, a pianist, and the first African American woman to be crowned Miss North Dakota. Sauvageau was born on January 31, 1988, in Fargo, North Dakota. Sauvageau was a musical child prodigy, as she began playing the piano at the age of two. She attended Concordia College in Moorehead, Minnesota, graduating from there in 2010 with her Bachelor’s degree, with a double major in Communications and Theatre Arts with apparel design.

Sauvageau was previously crowned Miss Fort Abercrombie (2011), the preliminary pageant for Miss America in North Dakota. She was ready to give up on becoming Miss North Dakota, having come in as second runner-up in 2010, and first runner-up in 2011. The ages for pageant contestants is 17-24, so at the age of 24, this was the last year she could run for Miss North Dakota. Sauvageau’s piano rendition of “Hot Honey Rag” from the musical Chicago impressed the judges as did her interview responses. On Saturday, June 9, 2012 in Williston, North Dakota, Sauvageau was crowned by Ariana Walker, the 2011 winner of the pageant.

On December 7, 2012, while still Miss North Dakota, Sauvageau self-released her first EP, Interlude, on the streaming service Spotify. The titles on the EP included “Winter VI,” “Snow Song,” “Waiting,” and the standard “Old Man Winter.” As a budding performing artist, Sauvageau has shared the stage with many notable artists, including Minneapolis’ own Chastity Brown, Raining Jane, and Justin Glasco (of The Lone Bellow). She represented her home state of North Dakota at the 2013 national Miss America pageant. While at the Miss America Competition, Sauvageau was the Preliminary High Score Talent Award Winner and the Non-finalist Talent Winner.

In 2016 Sauvageau was the composer-lyricist, co-creator, and co-producer of a new musical, Right, Wrong or Bomb: A Dating Musical! The show made its debut in Minneapolis in 2016 and attracted sold-out crowds each night. She served as a Coach for the Rock ‘n’ Roll Camp for Girls Los Angeles in 2019.

Currently, Sauvageau resides in South Minneapolis with her husband, Hans Nestingen. The couple were married on November 11, 2016. She previously worked as an account manager at a marketing agency, and now works in the Diversity, Inclusion and Communications department at Best Buy, and is on the National Alumni Board for Concordia College.