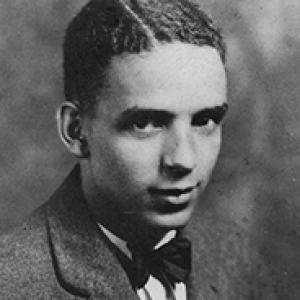 Oakland, California’s first black city councilman Joshua Rose was born in Lexington, Virginia on September 11, 1906 to George and Mary Charles Rose.  His family relocated to Pittsburgh, Pennsylvania, where Joshua attended Schenley High School.  He then enrolled at the University of Pittsburgh, supporting his studies by working at a steel mill and the local YMCA on Center Ave.  Rose received his Bachelor’s degree in Business Administration in 1937.

After graduation Rose accepted a position with the YMCA in Montclair, New Jersey.  Two years later, however, in 1939, Rose moved to California with his wife Virginia and their three children, Richard, Virginia, and Mary, so that he could establish a branch of the Oakland YMCA for the local African American community.  He created what was later to be known as the Northwest Branch which was originally located at 36th and San Pablo, but later moved to 3265 Market St. in the early 1940s.  Rose was responsible for introducing summer day camps that incorporated arts and crafts with sports, along with outdoor activities including an annual trip to Yosemite National Park.

In 1947, Rose was selected to be the first African American member of the Board of Playground Directors, a group that would eventually become the Oakland Recreation Commission. The board studied recreational needs for the city of Oakland, advising how to improve current facilities and create new ones.  Rose was a member of the board for 17 years which included his serving as chairman from 1961 to 1962.

On August 27, 1964 he was asked by Mayor John Houlihan if he would complete the unexpired term of Robert V. McKeen on the Oakland City Council.  Rose agreed and became the first African American to sit on the Council. He represented the 2nd District, which included North Oakland and a portion of Montclair.  Rose, a Republican, was re-elected three times in 1965, 1969, and 1973. He was a respected member of the Council particularly for his work in easing racial tensions in the city in the late 1960s at a time when the Black Panther Party, founded in Oakland in 1966, challenged the local political establishment.

Rose officially retired from the Council on June 30, 1977, after sustaining serious injuries in an automobile accident.  Despite his condition, he continued to serve the community: as treasurer at St. Augustine’s Episcopal Church, where he established a thrift center for the neighborhood youth to work, as co-chair to the first school bond passed by the City of Oakland, and as a member of the Speaker’s Bureau of the Community Chest/United Crusade.  He was a member of the Oakland Rotary Club, Men of Tomorrow, Inc., Children’s Vision Center of the Eastbay, Alpha Phi Alpha Fraternity, Sigma Pi Phi Fraternity, and The Free and Accepted Masons, Adonis Lodge.