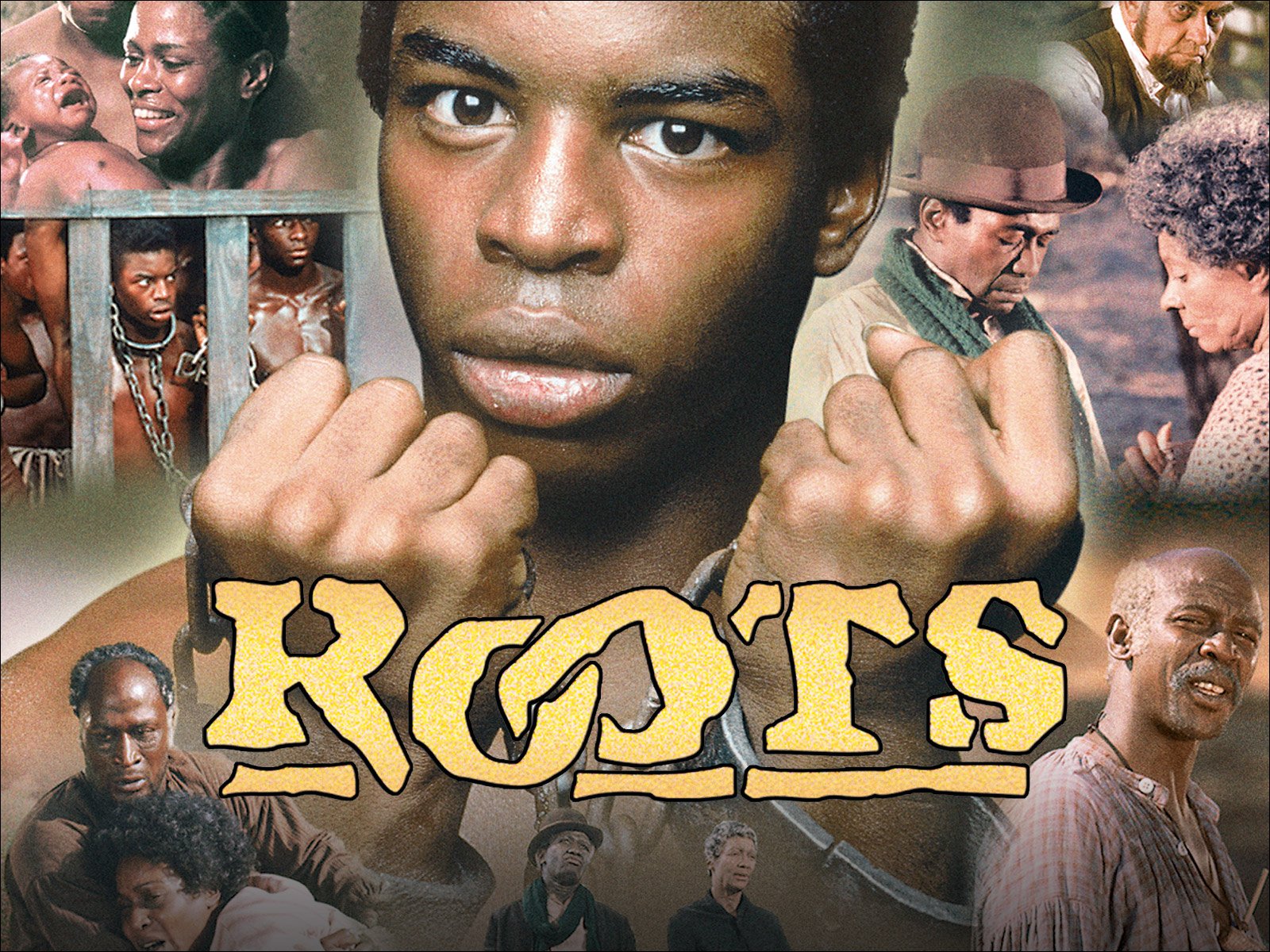 Roots was a television miniseries based on Alex Haley’s 1976 novel Roots: The Saga of an American Family. The miniseries aired January 23-30, 1977, on the ABC network. The original series followed the story of Kunta Kinte, from his capture and enslavement in West Africa during the colonial period through the family’s history until the end of the Civil War. The series had an all-star cast, including LeVar Burton as young Kunta Kinte, John Amos as older Kunta Kunte, Cicely Tyson as Binta, Maya Angelou as Nyo Boto, O.J. Simpson as Kadi Touray, Ben Vereen as Chicken George Moore, Louis Gossett Jr. as Fiddler, and many others.

Roots begins with Kunta Kinte’s birth in Gambia in 1750. Kinte was captured by slave traders and placed on the British slave ship Lord Ligonier in 1767. The ship sailed to Annapolis, Maryland, where Kunta Kinte was sold to plantation owner John Reynolds (Lorne Greene) from Spotsylvania County, Virginia. Reynolds gave Kunta Kinte a new English name, Toby. Kunta Kinte made multiple attempts to escape from slavery, for which he was whipped severely.

As an adult, Kunta Kinte’s continued efforts to escape slavery resulted in his being maimed. After being captured by slave catchers, they chopped off half of his foot. He met and married Bell (Madge Sinclair), and the couple had a daughter named Kizzy (Leslie Uggams). Kizzy was sold to Tom Moore (Chuck Connors), a plantation owner from North Carolina. Moore raped Kizzy, and she had a child, Chicken George.

As the story progresses toward the Civil War, other characters are introduced, including Matilda (Olivia Cole), Tom Harvey (Georg Stanford Brown), Irene Harvey (Lynne Moody), and Ol’ George Johnson (Brad Davis). The series finale holds the record as the third highest-rated episode for any television series according to the Nielsen ratings. It was also the second most-watched series finale in U.S. television history. Roots was nominated for 37 Primetime Emmy Awards and won nine. It also won a Golden Globe and a Peabody Award.

Despite the success of the novel and miniseries, controversy emerged when author Harold Courlander sued Alex Haley for copyright infringement. Courlander, author of the novel The African, claimed that Haley had plagiarized sections of his book in Roots. The case was settled out of court with Haley paying Courlander and his publisher $650,000.

Roots’ success led to the development of another miniseries based on the last seven chapters of Haley’s novel Roots: The Next Generations, which aired February 18-24, 1979. This miniseries extended the family’s history from Reconstruction to the 1960s. In 1988, a television film,  Roots: The Gift, aired with Burton and Gossett reprising their roles from the original miniseries.  Alex Haley passed away on February 10, 1992, leaving his novel about his paternal grandmother, Queen Jackson Haley, incomplete. It was later finished by David Stevens and published with the title Queen: The Story of an American Family. This book was also adapted as a miniseries, Alex Haley’s Queen, with Halle Berry in the title role. In 2016, a remake of the original 1977 miniseries was broadcast on the History Channel.