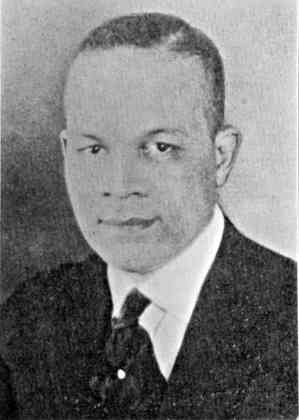 J. A. Rogers
Fair use image

Self-trained historian, novelist, and journalist Joel Augustus Rogers spent most of his life debunking pseudo-scientific and racist depictions of people of African ancestry while popularizing the history of persons of black people around the world. Rogers was born September 6, 1883 in Negril, Jamaica. He and his siblings were raised, after their mother passed, by their schoolteacher father, Samuel John Rogers.  Rogers emigrated to the United States in 1906 and Joel Rogers became a naturalized citizen in 1917.  Rogers lived briefly in Chicago, Illinois before eventually settling in New York City, New York.

Joel Rogers held a variety of jobs including a Pullman porter, and a teacher, but eventually found his niche as a journalist and historian. In this capacity, he began to focus on combating what he saw as white racist propaganda history in both books and popular films and other media of the period that omitted persons of African ancestry as contributors to world history. Towards that end, Rogers in 1917 published his seminal work, From Superman to Man.  In this work Rogers had his protagonist, a racist Southern senator, realizing finally that he was only a man, create a Hollywood film studio that would produce films that highlighted Africa’s gifts to the world.  Subsequent Rogers books also dealt with this theme including 100 Amazing Facts About the Negro (1934), Sex and Race Volume 1 (1941), Sex and Race, Volume 2 (1942); Sex and Race, Volume III (1944); World’s Great Men of Color (1946), and Africa’s Gifts to America (1961).

By the 1930s and 1940s Rogers was writing history columns in a number of leading black newspapers including the Pittsburgh Courier, Messenger, Crisis, Mercury, and the New York Amsterdam News.  Typical of such articles was his 1940 piece in Crisis titled “The Suppression of Negro History.” Rogers was present at the coronation of Emperor Haile Selassie in 1930 and five years later covered the Italo–Ethiopian conflict as the war correspondent for the Pittsburgh Courier.

Although Rogers had no formal educational degrees or training in established academic programs, he was widely recognized for his professional excellence and intellect throughout his career.  He belonged to the Paris (France) Society for Anthropology, American Geographical Society, and the Academy of Political Science; in addition, he was also multilingual, mastering German, Italian, French, and Spanish.

Joel A. Rogers wrote anti-racist history using universal humanity as his theme until his death in New York City on March 26, 1966.  His wife Helga Rogers continued to re-publish Rogers’ works for some years after his passing.