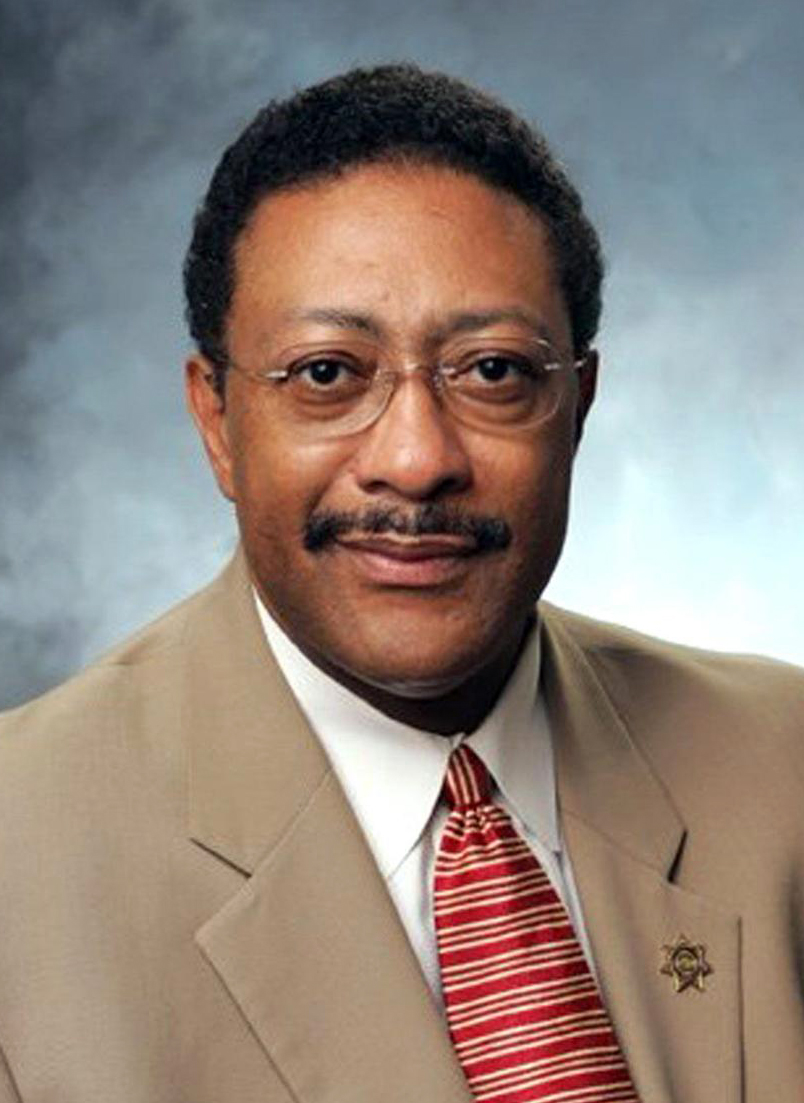 Born in Brownsville, Tennessee, on February 7, 1949, Walker was one of four children to parents Roger E. Walker Sr. and Ida Currie Walker who later moved to Decatur, Illinois. A graduate of Richland Community College in Decatur, Illinois, he joined the U.S. Navy and moved on to law enforcement with the Macon Country Sheriff’s Department in 1972 as a patrol officer. He worked his way up the ranks as a patrol sergeant, detective, and lieutenant. In 1998, Walker became the first African American sheriff elected in Illinois.

Using his new position, he stood behind youth-at-risk initiatives and a safe-haven program to give free door upgrades and window locks to elderly and disabled homeowners with low incomes. He spoke out when Rev. Jesse Jackson spotlighted several Black high school students in Decatur who were expelled during a football game by sheriff’s deputies. About his incident, Walker stated that his discipline was tougher than what they might have received by going through the judicial system.

Running unopposed in 2002, he was quickly recognized as a rising star in law enforcement in his state. In 2003, he was appointed as the Director of the Illinois Department of Corrections by Governor Rod R. Blagojevich. He held this position for six years while also serving on the Illinois Prisoner Review Board from 2009 to 2010.

Married since 1971 to Vergie Eubanks, his family and faith compelled him to continue serving his community. As a member of his brother’s Church of the Living God, he played the saxophone as a member of the musical ministry. Walker was also involved in a wide variety of community and professional organizations such as Youth With A Positive Direction, the NAACP, African American Cultural and Genealogical Society of Illinois Inc., State of Illinois Child Advocacy Board, Illinois State Advisory Board/ Fight Crime, Invest In Kids; Illinois Training and Standards Board, and more.

In 2009, Roger Walker was diagnosed with a digestive system malady that resulted in a number of illnesses during his remaining years. His wife Vergie had already passed away five years earlier in 2004.

On Saturday, March 10, 2012, Roger Walker passed away at the Kindred Hospital in Springfield, Illinois at the age of 63, leaving behind daughters Robin Ketchens and Tammie Shaw, his mother, siblings, grandchildren, and a huge extended family including aunts and cousins.

In 2016, Walker was posthumously inducted into the Decatur Hall of Fame by the Greater Decatur Chamber of Commerce in appreciation of his efforts to improve his community. In 2017, a section of Illinois 48, was renamed Sheriff Roger E. Walker Jr. Memorial Road in a ceremony that involved local politicians and family members celebrating his life.