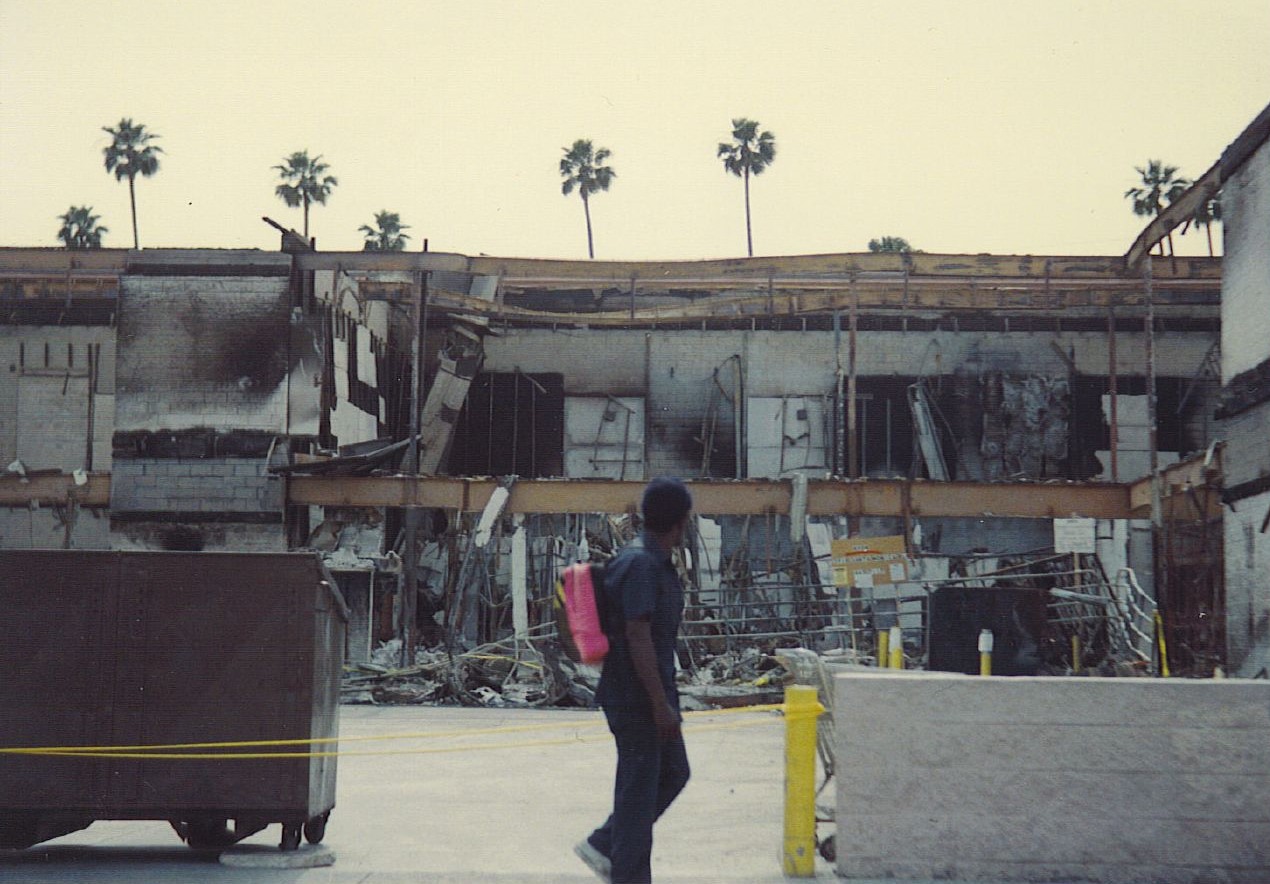 The Rodney King Riot of 1992 occurred in Los Angeles, California in response to a highly publicized incident of police brutality.  Rodney King, who had worked as a Dodgers Stadium usher, was arrested on charges of speeding, driving while intoxicated, and failing to yield.  The four responding police officers claimed that King had been high on drugs and was trying to attack them, prompting the police to beat him on the grounds of self defense.  An amateur photographer, George Holliday, was standing nearby and captured the attack on film.  The four officers were brought to court and tried on charges of assault.

During the trial, the officers argued that Rodney King’s body was always in the position to inflict harm on others.  The use of force was termed as “necessary” when police thought King was reaching for a weapon in his waistband.

At 3:00 p.m. on the day of April 29, 1992, the four police officers were acquitted of the assault charges.  The riot started soon after the announcement.  Around 4:15 p.m, a little over an hour after the acquittal was delivered, there were reports of looting in South Central Los Angeles.  By 5:45 p.m. there were numerous reports of motorists being assaulted in the streets and by 8:15 that evening, the first fatality was reported in the news.

Rioting occurred throughout the next few days, with the heaviest damage done in the South Central district of Los Angeles and “Koreatown,” which was located between black neighborhoods and Hollywood.  Koreans became the eventual targets of the rioting, as minorities claimed they mistreated both Latino and African American customers in their stores.

The rioting finally came to a halt on May 2, 1992 when 10,000 National Guardsmen, 3,500 military personnel, and the entire Los Angeles Police Department were deployed to the South Central district.  When all of the rioting was finally stopped, over 51 people were killed, 2,383 people were injured, 8,000 people were arrested, and over 700 businesses were burned.  Damages were estimated at about $1 billion to property.