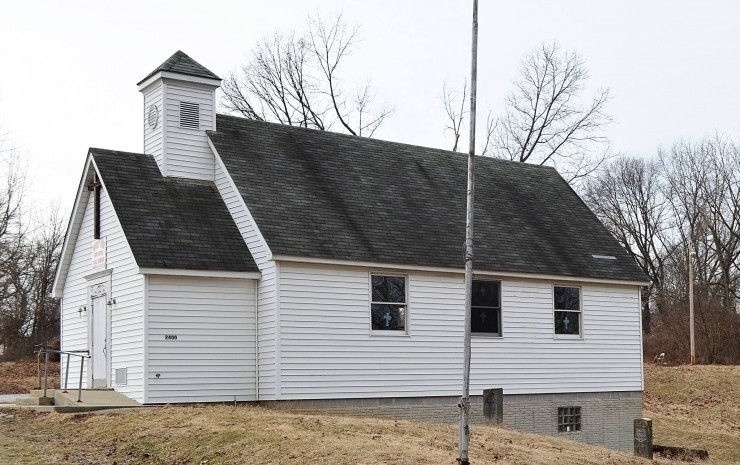 In 1816, Rocky Fork near Godfrey, Illinois, was established by four free African American families who purchased five adjacent parcels of land and built homes and a church that soon became a large-scale secret Underground Railroad station for escaped enslaved people fleeing to safety from their owners. Situated just north of Alton, Illinois, only two miles from the Mississippi River which formed the border between slaveholding Missouri and free Illinois, it was one of the first relief posts for fugitive enslaved people escaping slavery.

The Rocky Fork community was also home to one of the oldest African Methodist Episcopal Church (AME) churches in the state, Rocky Fork New Bethel AME Church. Although she never lived in Rocky Fork, Priscilla Baltimore, a formerly enslaved Missouri woman who purchased her freedom, persuaded John Paul Quinn, an AME circuit-riding missionary, to organize Rocky Fork New Bethel AME Church for the local community. Both she and Quinn also persuaded the community to make the church a stopover on the Underground Railroad. After personally leading more than 300 fugitives to freedom from Missouri to the church at Rocky Fork, Priscilla Baltimore became known as the “Moses of the West.”

The presence of New Bethel AME church no doubt influenced the community’s anti-slavery activities beyond the work of Priscilla Baltimore. Those activities were interracial as both white and Black Abolitionists were “conductors” in Rocky Fork and along the entire route of the Underground Railroad in Illinois. Their work, assisting fugitives from one station to the next helped attract fugitive slaves from Kentucky, Missouri, and as far away as Tennessee.

The Underground Railroad route followed the valley of the Illinois River. Fugitive slaves reached Rocky Fork with the assistance of sympathetic Mississippi or Ohio River boat owners. Others would swim or use overland routes to reach the area. Once on the Illinois side of the Mississippi River, the fugitives followed Piasa Creek to Rocky Fork Creek. Often the fugitives used what they called the Mail Tree, a hollow tree with messages hidden inside. The messages directed them to another hollow tree that they called the Slave Tree which included new messages pointing to Underground Railroad stations such as Rocky Fork farther up the route.

The work of the Rocky Fork community was dangerous. Up to the Civil War assisting enslaved people to escape was a felony, regardless of one’s race. The Fugitive Slave Act of 1793, the first of a series of laws designed to prevent the enslaved from escaping slavery, authorized a fine of $500 for providing that help. Although the precise numbers will never be known, in the 68 years between 1793 and 1861, an estimated 100,000 fugitives made their way out of slavery mainly because of the Underground Railroad.

The Rocky Fork community, long ignored and forgotten after the Civil War, is now part of a registry of verified underground railroad locations maintained by the National Park Service.