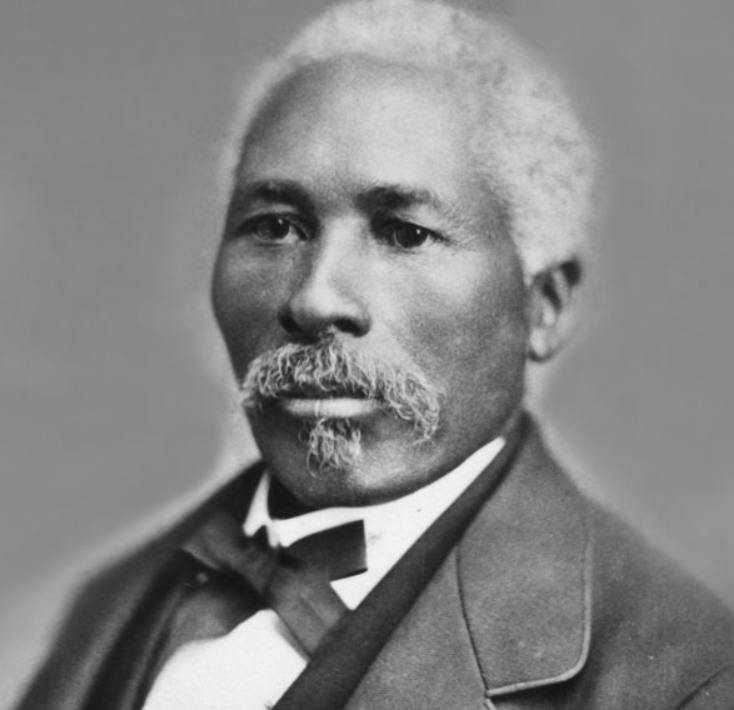 California pioneer, expressman, and civil rights worker William Robison was born a slave in Gloucester County, Virginia on August 28, 1821.  He may have gained his freedom by fighting in the Seminole War in 1836.  He would have been 15 at the time.

It is also unclear as to how he got to California but it was probably on the USS Ohio which arrived in Monterey on October 9, 1848.  Most probably, Robison was aboard.   The USS Ohio then sailed to Boston but returned to California in 1850.  This time, Robison remained in the state.  On November 11, 1856, he married Flora Pitz, a South Carolinian, and the couple had two children, Fannie and William.  By 1880, however, the U.S. Census showed Robison as single.

Robison spent a short time mining for gold after his 1850 arrival then settled in Stockton.  There he worked for Adams & Company Express and, after its failure in 1855, for Wells Fargo & Company, driving an express wagon. This was a position of importance, as the express companies loaded gold dust from the mines on the San Francisco steamers, and sent up gold coins to myriad mining towns. He also picked up and delivered local packages to the river port supplying the Mother Lode’s Southern Mines.

By 1870, according to the U.S. Census, Robison had become prosperous.  He owned $6,000 worth of real estate and had $4,000 in personal property.  As late as 1896, Robison’s voter registration still recorded this 5-foot 6.5-inch, 75-year-old as an “expressman” which meant he continued to haul freight for express companies like Wells Fargo.

Robison’s civic leadership is as notable as his economic success.  For twenty-five years he fought for black rights.  In 1856, Robison was one of 64 delegates to the Second Colored Convention that met in Sacramento that December.  Petitioning the state legislature to allow black men and women to testify against whites in civil and criminal cases was its main focus.  The right to give testimony came in 1863, after Emancipation became a war aim for the national government.

Fifteen years later, when the District Educational Convention met in Stockton on November 20, 1871, to call for the racial integration of California’s public schools, Robison took an active part in the meeting, alongside Rev. Jeremiah Sanderson, a statewide civil rights leader.  Robison became a member of the Convention’s 12-man Executive Committee. Although the Convention was not successful in integrating all schools in the state, Stockton, Robison’s home town, integrated its schools in 1873.