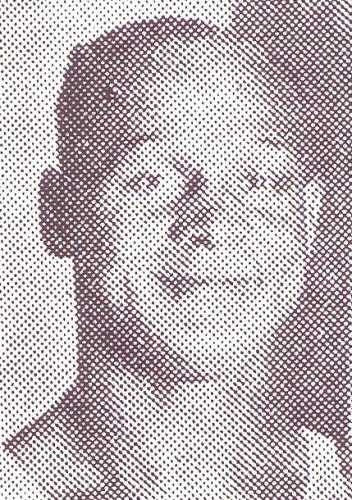 Samuel L. Robinson was born in Kansas in 1896. He arrived in Atlantic City, New Jersey, in his teens, where he attended the city’s integrated high school.  He joined the school’s football team and became a close friend of the team captain and the future sports editor of the Press-Union newspaper, Lou Greenberg.  After serving in World War I, Robinson came home to Atlantic City and fought as a professional boxer.  He earned his nickname “Smiling Sammy” because of his seemingly perpetual good mood.  He was deeply religious, preaching an ethos of hard work and faith in God to anyone who would listen.

In 1928, Robinson entered the first footrace across America, run from Los Angeles to New York City in eighty-four days.  The press nicknamed the race a “bunion derby.” Sammy had no experience as a distance runner, but he was a superbly trained and gifted athlete.  His old friend Lou Greenberg gave him a check for three hundred dollars for training expenses and the promise of fifty dollars for each state he crossed.  Robinson joined four African Americans who entered the race out of a field of 199 “bunioneers.”

The first 2,400 miles of the 3,400-mile course followed Route 66 across the Mojave Desert, the high country of Arizona and New Mexico, the Texas panhandle, Oklahoma, Missouri, and Illinois to its end in Chicago.  In addition to the challenge of running daily ultra marathons, the blacks runners had the added burden of running across the Jim Crow South.  Starting in Texas, the three remaining black runners (Edward Gardner, Toby Joseph Cotton, Jr., and Robinson) faced a daily barrage of death threats and racial slurs from whites outraged by the sight of blacks beating white competitors.

Despite the abuse, Robinson kept going.  Along the way he earned the thanks and support of thousands of blacks who saw him run across Route 66.  In Chandler, Oklahoma, he spoke to a packed house of four hundred hero-worshipping students at the Douglass School.  He told them:  “Don’t smoke, don’t chew, and don’t use strong drink . . . If you want to be at your best, lead clean wholesome lives.”  A reporter from the Black Dispatch said, “Sammy has a way that really gets over with a crowd.”

He finished forty-fifth out of fifty-five finishers.  Despite his standing, the citizens of Atlantic City gave him a heartfelt welcome when he stepped off the train from New York City.  A sea of people swept aside a security detail and surged onto the platform to greet him.  One large man plucked him from the crowd and carried him to the waiting car of the city’s mayor, who paraded Sammy through the streets to a welcoming ceremony at the Ambassador Hotel.

Sammy Robinson apparently died in 1964.  He should always be remembered for his historic run across America.  He risked his life to compete in the bunion derby, and became a symbol of hope and pride for black America.