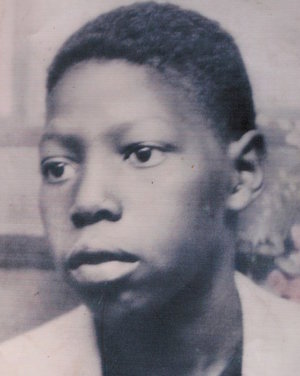 Johnny Robinson was a sixteen-year-old African American man who was shot and killed by Birmingham, Alabama police officer Jack Parker on September 15, 1963. Robinson’s death occurred on the same day as the Sixteenth Street Baptist Church Bombing in Birmingham that resulted in the deaths of four young girls earlier in the day.  Thus, Robinson’s killing did not get much attention.  His death, however, was an early inspiration for the Black Lives Matter Movement that emerged half a century later.

Robinson was born in 1947 to Johnny Brown and Martha Marie Robinson.  He had a difficult upbringing and his childhood was marked by violence when his father was murdered by a neighbor. Robinson’s mother was left to take care of him and her two other children.  As a child Robinson also witnessed the frequent anti-black racial violence of Birmingham itself.  Fifty racially motivated bombings took place in the city between 1945 and 1963.

On September 15, 1963, Ku Klux Klan members planted a bomb at the Sixteenth Street Baptist Church, an African-American place of worship. Around 10:22 a.m., the bomb exploded, killing Denise McNair, Cynthia Wesley, Carole Robertson, and Addie Mae Collins. As news of the bombing spread across the city, racial tensions ran high.  Later that afternoon Robinson, who initially was to join his sister for Sunday dinner, decided instead to go with his friends to a gas station located on 26th Street. Several white teenagers drove by Robinson and his friends, yelling racial slurs and waving Confederate flags.  The white teenagers then threw bottles at Robinson and his friends who retaliated by throwing rocks at their car. When the police arrived, Robinson and his friends started to run. Officer Jack Parker, who was in the backseat of the police car holding a shotgun, fired the shot that hit Robinson in the back.  Johnny Robinson died before reaching the hospital.

Parker would later give two different accounts of the shooting.  In the first one he claimed that he shot in the air above Robinson’s head, and in the second account he said the shotgun went off accidentally. Other witnesses disputed both accounts, claiming to have heard two shotgun shots. Two Jefferson County Grand Juries opted not to charged Officer Parker for Robinson’s death. Robinson’s family was devastated by his loss which led his mother to later spend time in a psychiatric hospital.  His younger brother and sister who know little about his death learned not to speak of it.

In the months following Robinson’s death, the deaths of the Denise McNair, Cynthia Wesley, Carole Robertson, and Addie Mae Collins at the Sixteenth Street Baptist Church received far more local and national attention.  The Robinson murder went virtually unnoticed until 2013 when, partly because of the rise of the Black Lives Matter Movement, he was inducted into the Birmingham’s Gallery of Distinguished Citizens fifty years after his murder. Officer Jack Parker died in 1977.