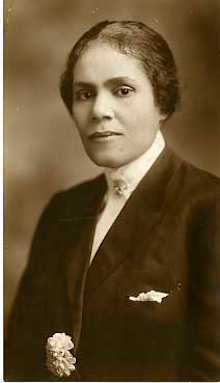 Georgia Ann Hill Robinson became the first black female police officer to work for the Los Angeles (California) Police Department (LAPD)—and possibly the first in the country—in 1916. Months before 15 percent of the police force of the United States would begin enlisting to enter combat in the first World War, Robinson began her groundbreaking twelve-year career with the LAPD. Robinson’s work for the LAPD would lead her to civic work, and she would devote her life to serving the residents of Los Angeles by fighting against segregation and for women’s welfare.

Robinson was born Georgia Ann Hill in Opelousas, Louisiana, on May 12, 1879. She never knew her parents and was raised by her older sister and later grew up in a Roman Catholic convent. When she was eighteen, Robinson moved to Kansas to work as a governess. There, she met and married Morgan Robinson. The couple moved first to Leadville, Colorado, and then to Los Angeles with their daughter Marian. In Los Angeles, Robinson’s desire to serve led her to get involved with various community organizations, and it was through her work with these groups that she was approached and convinced by an LAPD recruiter to join the force.

On July 25, 1916, at the age of thirty-seven, Georgia Ann Hill Robinson became a volunteer for the LAPD. Three years later, on June 10, 1919, Robinson became the city’s first black policewoman when she was hired as a jail matron. Later, she became involved in juvenile and homicide cases investigated by the department. In her position as an investigator, Robinson discovered the need for a women’s shelter in Los Angeles, and consequently she would help to establish the Sojourner Truth Home for destitute women and girls.

Robinson’s time with the LAPD would come to an abrupt end when, at the age of forty-nine, she tried to break up an altercation between two drunken women in her jail. In the resulting fight, Robinson suffered a devastating head injury that left her permanently blind. Robinson retired, living on disability. When, in 1954, Ebony magazine asked about her injury and her police career, Robinson said, “I have no regrets. I didn’t need my eyes any longer. I had seen all there was to see.”

Far from retreating into a quiet retirement, Robinson continued to serve her community. She worked with community leaders, including Dr. Claude Hudson, longtime president of the Los Angeles branch of the National Association for the Advancement of Colored People (NAACP), in the effort to desegregate Los Angeles schools and beaches, and continued to work with women in the shelter she’d helped to found.