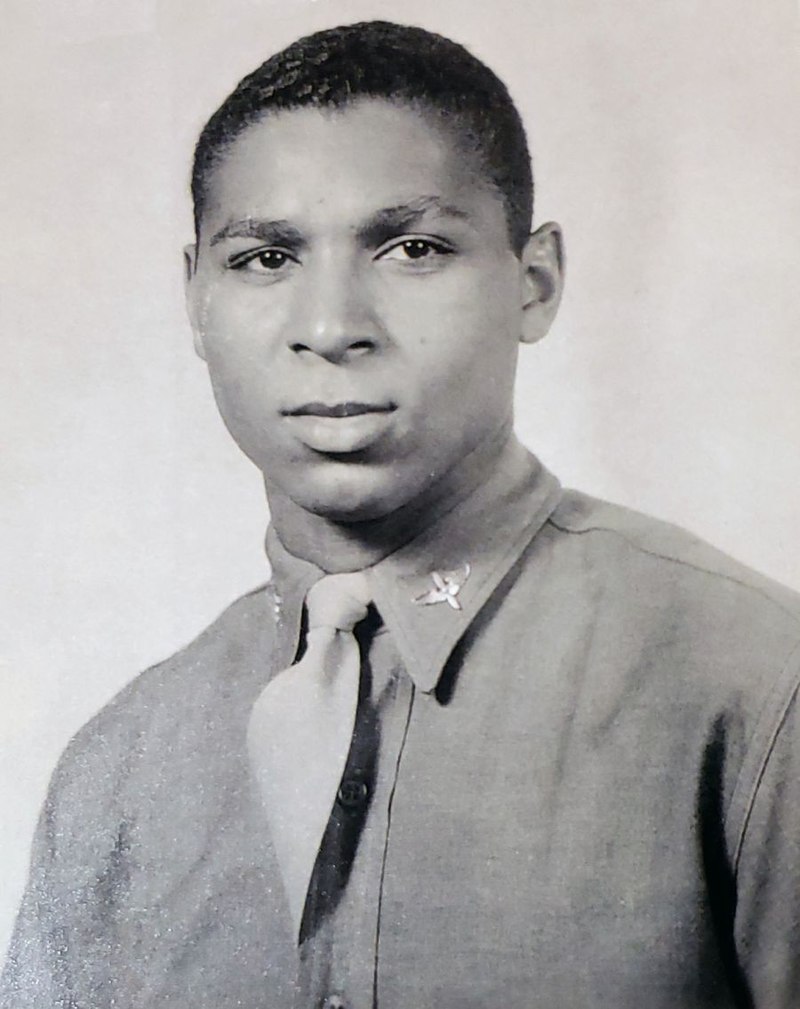 Robert Leander Martin was a member of the Tuskegee Airmen during World War II. Martin was born on February 9, 1919 to unnamed parents in Dubuque, Iowa. His mother died shortly after his birth. Martin became inspired to become a pilot after attending an air show when he was thirteen years old. After graduating from high school, Martin enrolled at Iowa State University in Ames, Iowa. While there he learned to fly in a civilian pilot training program before graduating from the institution in 1942 with a bachelor’s degree in electrical engineering.

Martin entered the Tuskegee flight training program, the only one the U.S. Army sponsored to train black pilots for military combat. He graduated from flight training at the Tuskegee Army Airfield in Tuskegee, Alabama on January 7, 1944 as a second lieutenant and soon afterwards was assigned to the 100th Fighter Squadron and the 332nd Fighter Group.

On December 9, 1944, after returning to base from a bomber escort mission, his P-51 Mustang plane begin to suffer engine trouble forcing him to make an emergency landing in a gunnery range in Cuetelo, Italy. In March 1945, Martin was on his 64th mission where he was cut down by anti-aircraft fire during an allied bombing raid over Zagreb, Yugoslavia. Martin parachuted to the ground and found shelter in a farmhouse. He was later rescued by Yugoslav partisans (guerrillas fighting the Nazis) and taken to the headquarters of Marshal Josip Tito, their commander, where he remained for five weeks. Eventually he was returned to U.S. forces in Italy and later earned the Distinguished Flying Cross, The Air Medal with 6 Oak Leaf Clusters, and the Purple Heart for his heroism.

After World War II ended, Martin return to the United States but immediately ran into racial discrimination since most electrical engineering firms did not hire African American engineers. He was forced to hold odd jobs including factory work and driving a taxi. Finally, sometime around 1949 he was hired to work as a draftsman by the Chicago Park District. Eventually he was promoted to work as an electrical engineer for the city of Chicago.

In 2007, Martin was among the recipients of the Congressional Gold Medal where a ceremony held by President George W. Bush at the White House to honor the Tuskegee Airmen. Robert Leander Martin died on July 26, 2018 in Olympia Fields, Illinois from Pneumonia at the age of 99. He left behind a widow, Odette Ewell, and four children, Gabrielle, Noelle, Dominique, and Robert Martin Jr.