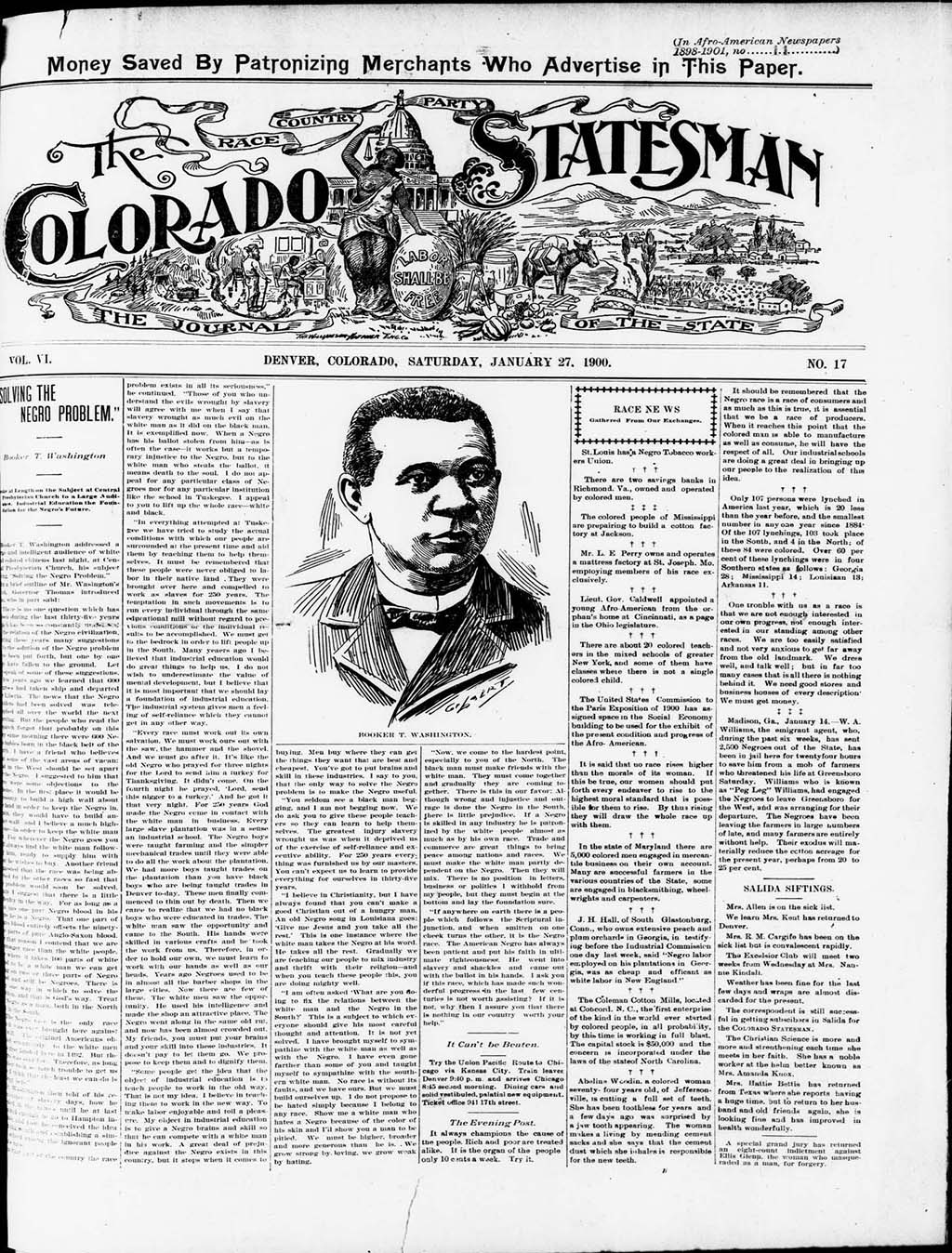 The Colorado Statesman, January 27, 1900
Courtesy The Portal to Texas History

Joseph D.D. Rivers’ name appeared on the second page of The Colorado Statesman (1895–1961), a respected African American weekly newspaper, as editor and publisher for nearly forty years.  Rivers started the paper in 1895 and worked diligently to print news from around the country as well as the local news until he retired in the early 1930s. He died in 1937.  Little seems to be known about his personal life although he was a public figure whose name appears linked to numerous black community organizations.  A native of Virginia, his date of birth is noted as either 1856 or 1858.  He graduated from Hampton University in 1882, and moved to Denver, Colorado in 1885.  He studied law in Denver and later ran a real estate business.

The Statesman’s pages contained news important to African Americans across the United States during a time of Jim Crow laws, when the National Association for the Advancement of Colored People was formed to combat lynching.   The paper’s early pages carried little community news outside of church programs, but over time, reports of Denver events grew as did explicit political commentary. Despite the lack of public information on Rivers’ personal life, his community influence was significant.