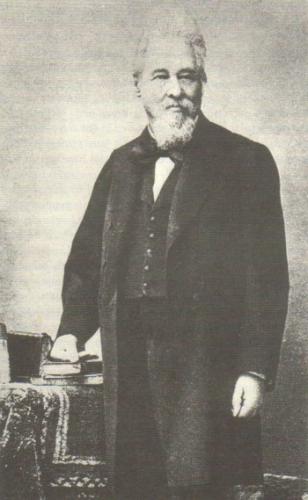 Two centuries ago Norbert Rillieux was born in Louisiana, the son of a wealthy French engineer and a black slave woman. As a free Creole born of privilege, Rillieux attended private Catholic schools, and later studied engineering in France.  His education allowed him to become an expert in steam engines at that time. At the age of twenty-four Rillieux became an instructor at L’Ecole Centrale, in Paris, where he published several papers on the steam engine and steam economy.

In the early 1830s Rillieux returned home to his father’s sugar cane plantation in Louisiana where the crop grown and harvested was also processed into refined sugar. He noted the labor-intensive process as slow, expensive, and inefficient because it involved the handling of boiling hot liquids. Rillieux also noticed that the slaves on the plantation performed most of this potentially dangerous labour. While working on his father’s plantation, Rillieux discovered a way to transform the sugar refining process. He enclosed the condensing coils in a vacuum chamber, lowering the boiling point of the liquid, allowing the juice to evaporate in a second chamber under a higher vacuum. This process developed by Rillieux greatly reduced the production cost and provided a superior quality of sugar.

In 1843 Rillieux experienced further success when Theodore Packwood and Judah P. Benjamin, prominent Louisiana planters, were awarded prizes for producing the best refined sugar.  They publicly credited Rillieux’s sugar boiling process. By 1846, Rillieux’s evaporators were widely used across Louisiana and were first adopted in Cuba and Mexico the following year.

Rillieux was, despite his color, now the most sought after engineer in Louisiana.  Nonetheless he still resented the discrimination he faced and in 1854 returned to France.  He continued working on his various innovations in sugar processing and published papers on the uses of steam. Finding Europeans to be disinterested in sugar processing, he secured a scholarship and the rest of his life deciphered hieroglyphics.

Norbert Rillieux died on October 8, 1894 in Paris.  He left behind the legacy of having revolutionized the sugar industry. He was buried in the cemetery of Pere Lachaise, in Paris.