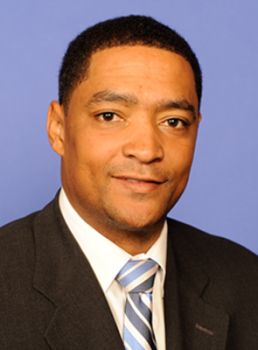 Cedric Richmond is the U.S. Representative for Louisiana’s 2nd Congressional District, which includes much of New Orleans. Richmond, a Democrat, won the post after more than a decade of service in the Louisiana House of Representatives.

Born September 13, 1973, his mother was a public school teacher and a small business owner, and his father died when he was seven years old.  Growing up in East New Orleans he played baseball at Goretti playground and was inspired by his coaches there, which later influenced him to coach Little League Baseball at Goretti starting in 1989, at the age of 16.

Richmond graduated from Benjamin Franklin High School in 1991, and earned his undergraduate degree from Morehouse College in Atlanta, Georgia. He completed his Juris Doctorate at Tulane University School of Law, passed the Louisiana Bar Exam, and worked as an attorney at the New Orleans law firm of Gray & Gray. During this period he was elected president of the Louis A. Martinet Legal Foundation. Richmond also graduated from the Harvard University Executive Education Program at the John F. Kennedy School of Government in 1997.

Richmond entered politics as a Louisiana State Representative for District 101, serving from 2000 to 2011. He is one of the youngest legislators in Louisiana history, elected at the age of 26. During this time, he served on the Natural Resources and Transportation, Highways and Public Works, and Legislative Audit Advisory committees.  He was Chair of the Committee on Judiciary, and president of the black caucus in the Louisiana State Legislature. In 2005, as Hurricane Katrina was headed toward New Orleans, he tried to get as many people to evacuate as possible and alerted Governor Kathleen Blanco to the complacent attitudes of some residents and local officials.  He later criticized Mayor Ray Nagin for not calling for a mandatory evacuation.

A residency dispute disqualified Richmond from the New Orleans City Council race in 2005 and suspended his license to practice law for six months.  Three years later he was defeated in his first bid for the U.S. Representative seat in Louisiana’s 2nd District. He ran again in 2010 with an endorsement from President Barack Obama and defeated the Republican incumbent with 65% of the vote.

Richmond has stated his opposition to budget cuts to Social Security, Medicare, and Medicaid benefits.  He advocates gun-control legislation, and in 2011 he introduced legislation which created the State New Market Tax Credit program to spur investment in storm devastated areas of Louisiana. Richmond is a member of the Congressional Black Caucus and the New Democrat Coalition.  He was re-elected as U.S. Representative in the 2012 election.