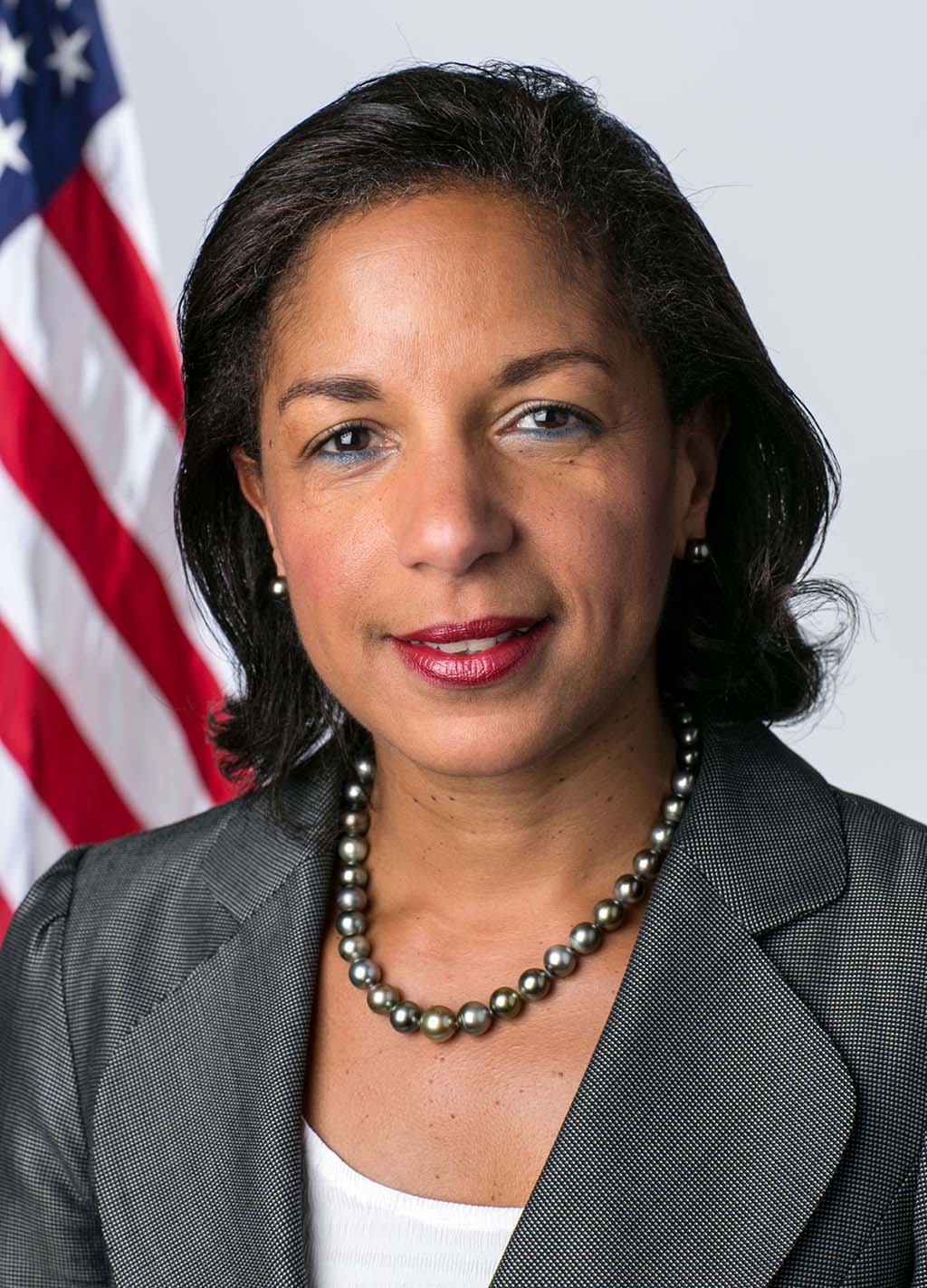 Susan Rice is the current National Security Advisor for the Barack Obama Administration.  She is the first African American, the third woman, and the second youngest person to hold the position.  Prior to being selected by President Obama for the post, Rice served as a key foreign policy advisor for the Obama campaign during the 2008 presidential race.

Born in Washington, D.C. on November 17, 1964 to Emmett J. Rice, a Cornell University economics professor and former governor of the Federal Reserve System, and Lois Dickson Fitt, an education policy scholar, Rice was raised in the Shepherd Park community, where she attended Washington’s National Cathedral School, an elite preparatory academy.  An active participant in student government, Rice was elected president of her school’s student council.  In addition to excelling at basketball, Rice was a dedicated student and upon  her graduation was named class valedictorian.

Rice attended Stanford University in California on a Truman Scholarship, graduating with a Bachelor’s Degree in History in 1986.  Rice was elected to Phi Beta Kappa while at Stanford.  She then attended Oxford University in the U.K. as a Rhodes Scholar, receiving a Master’s of Philosophy Degree in 1988, and a Doctor of Philosophy Degree in International Relations in 1990.  In 1988 while working on her doctorate, Rice took a position as a foreign policy aide with the Michael Dukakis presidential campaign.

In 1993 Rice was appointed to the National Security Council by President Bill Clinton.  In 1997 President Clinton appointed her Assistant Secretary of State for African Affairs.  Considered by many to be one of the foremost experts on Al Qaeda, Dr. Rice was the Clinton administration official who organized and coordinated the investigation of the terrorist bombings of the U.S. embassies in Kenya and Tanzania in 1998.

In 2001, Dr. Rice became a Senior Fellow at the Brookings Institute, a Washington, D.C. think tank.  In 2004 she was a foreign policy advisor to the presidential campaign of John Kerry.  Despite her longstanding association with the Clintons, Dr. Rice publicly endorsed Barack Obama’s bid for the presidency early in 2008.  Approved unanimously for her appointment by the U.S. Senate in January of 2009, Dr. Rice’s post has subsequently been elevated by President Obama to a cabinet-level position.

In addition to writing numerous articles on foreign policy, particularly with respect to Africa, Dr. Rice has received numerous awards, which include the Walter Frewen Lord Prize of the Royal Commonwealth Society (1990), and the Samuel Nelson Drew Memorial Award (2000).  Her doctoral dissertation, titled “Commonwealth Initiative in Zimbabwe, 1979 – 1980: Implication for International Peacekeeping,” was acknowledged by the British International Studies Association as the most important study of international relations involving an African nation.  Rice is a current member of the Council on Foreign Relations.

In 1992 Susan Rice married Canadian-born ABC News producer Ian Officer Cameron, whom she met when they were students at Stanford.   The couple has two children and live in Washington, D.C.