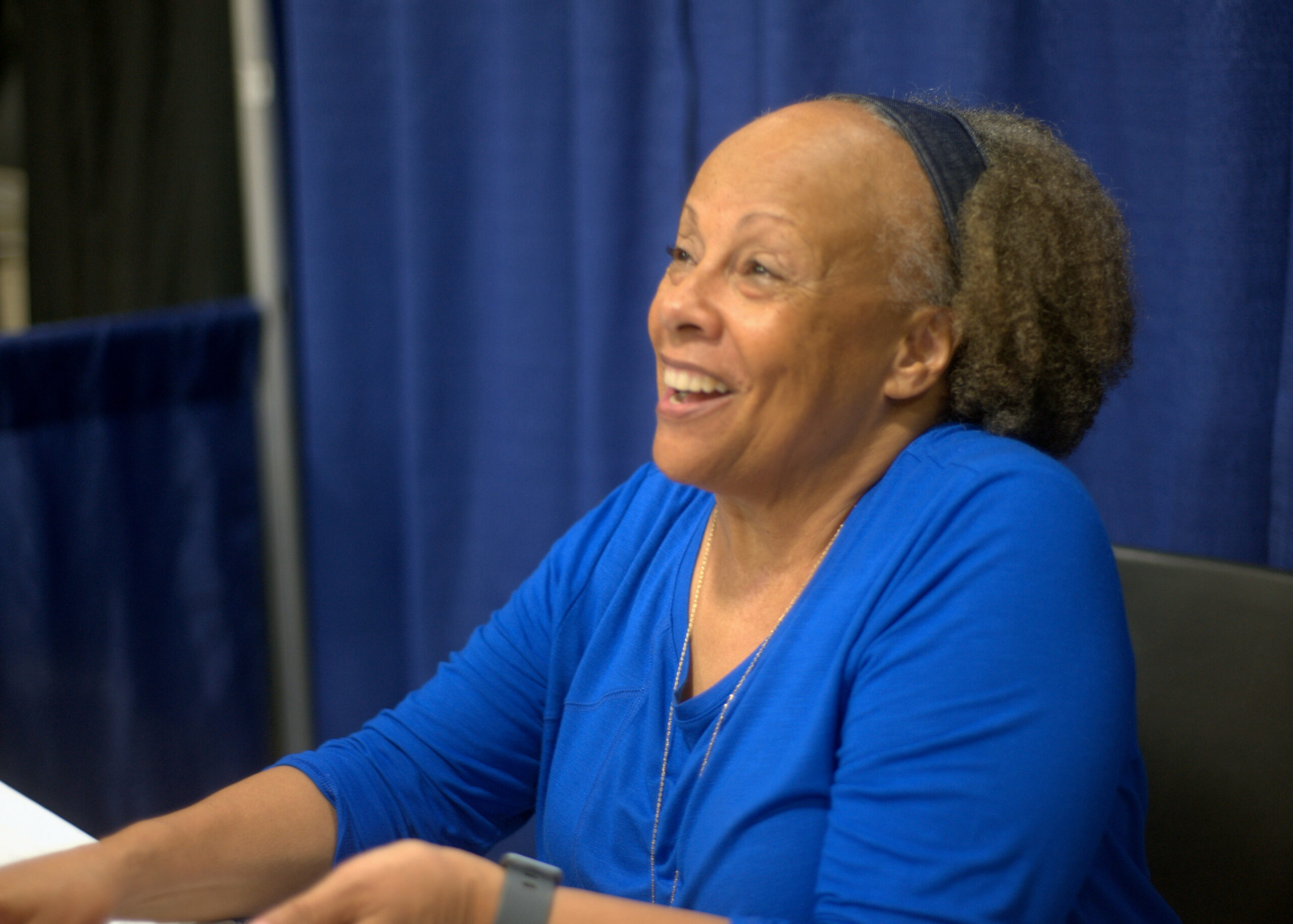 Jewell Parker Rhodes is an accomplished novelist, nonfiction writer, and professor who was born in Pittsburgh, Pennsylvania in 1954.  Raised in Pittsburgh, Rhodes moved to California with relatives when she was eight but returned to her home town to begin college at 16.  Her home life was difficult early on due to an absent mother, and she was brought up largely by her grandparents.  She was especially close to her grandmother, Ernestine Thornton, whom she later credited as the biggest inspiration in her writing.

Rhodes also relied heavily on the support of her grandparents when she began her higher education, first attending the Community College of Allegheny County and then Carnegie-Mellon University where she earned a Bachelor of Arts in drama criticism in 1975.  She continued her graduate studies there, completing a Master’s degree in English in 1976 and a Doctor of Arts degree in creative writing in 1979.  She would later state in an interview, “CMU trained me as a writer.”

Jewell Parker Rhodes has been a professor of writing at Arizona State University since 1994, where she served for a time as the Artistic Director of the Master of Fine Arts program for creative writing.  She is currently the Artistic director of the Piper Center for Creative Writing at ASU, and holds the Piper Endowed Chair in writing.

Rhodes’s other prizes include the Yaddo Creative Writing fellowship, the National Endowment for the Arts Award in Fiction, the Fiction Award of the Black Caucus of the American Library Association, as well as two nominations for the Pushcart Prize.  She has also published two writing guides titled Free Within Ourselves: Fiction Lessons for Black Authors and The African American Guide to Writing and Publishing Non-Fiction. Rhodes’ works have been published in Germany, Italy, Canada, Turkey, and the United Kingdom as well as the United States.