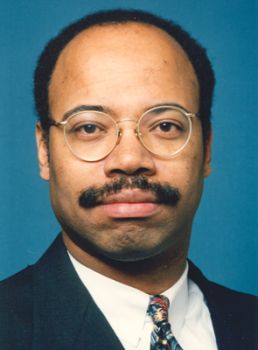 Politician, scholar and professor, Mel Reynolds was born on January 8, 1952, in Mound Bayou, Mississippi, to parents J.J. and Essie May Reynolds. Reynolds attended John Marshall High School on the Westside of Chicago where he developed impressive academic credentials. He then enrolled in Chicago City College and later completed a Bachelor of Science degree in Philosophy from the University of Illinois, Champaign-Urbana in 1974. In 1979, Reynolds won a prestigious Rhodes Scholarship to Oxford University in England. Reynolds also graduated from Roosevelt University in Chicago, were he became a political science professor. While on the faculty he created the Community Economic Development Education Foundation.

Reynolds, a rising star in Illinois’ Second Congressional District, defeated incumbent Congressman Gus Savage in 1992 and served in the U.S. House of Representatives from 1993 to 1995.

In August of 1994, Reynolds was indicted for having sex with Beverly Heard, a 16 year old campaign volunteer. In November of 1994, Reynolds, who claimed that the charges were racially motivated, was re-elected. However, he was later convicted on 12 counts of sexual assault, obstruction of justice and solicitation of child pornography. Groups such as the National Organization for Women called for the voluntary resignation of Reynolds. On October 1, 1995, he resigned his seat.

Reynolds was sentenced to five years at the East Moline Correctional Institution. However, in April 1997, he was convicted on 16 unrelated counts of bank fraud and lying to the Federal Election Commission. His wife Marisol faced nine counts. Federal prosecutors alleged both Mel and Marisol Reynolds tried to hide from the FEC how they spent campaign contributions. The government claimed that the couple had several campaign workers cash checks drawn on campaign accounts and had the cash returned to them.

As a result, Reynolds added an additional 78 months to his prison sentence. President Bill Clinton commuted Reynolds’s sentence in 2001. In 2004, Reynolds was soundly defeated by Jesse Jackson, Jr., in his effort to win back his old house seat.