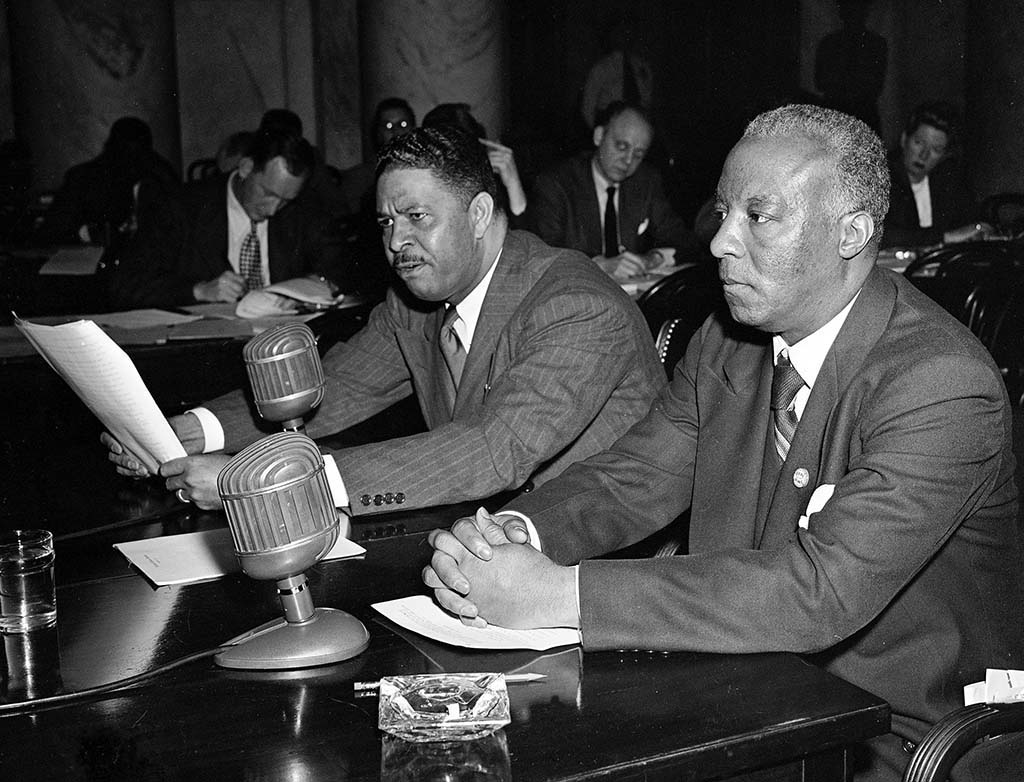 Grant Reynolds was a civic leader, civil rights activist, World War II chaplain, attorney, and educator. He was best known as a leading force in ending segregation in the United States Armed Forces.

Reynolds was born July 29, 1908 in Key West, Florida to Emma Flowers and Frank Reynolds. In 1934 he attended the Eden Theological Seminary in Webster Groves, Missouri, and four years later became the first African American to receive a Bachelor of Divinity degree. In 1938, he became pastor at Mount Zion Congregational Temple in Cleveland, Ohio and was ordained as minister in 1939. In Cleveland, Reynolds served as president of the local branch of the National Association for the Advancement of Colored People (NAACP).

In August of 1941, Reynolds became a United States Army Chaplain, serving at a number of bases in Virginia, Massachusetts, Michigan, Arizona, and California. In early 1944, Reynolds resigned in protest of the brazen racism he had encountered during his time in service.

In 1944 he was appointed New York State Commissioner of Correction and concurrently enrolled in Columbia Law School. In 1946, Reynolds ran against Adam Clayton Powell, Jr. to represent Harlem’s 22nd district in Congress. Though he won the Republican nomination with the support of singer-actress Etta Moten, pianist Mary Lou Williams, author Zora Neale Hurston, and heavyweight boxing champ Joe Louis, Reynolds was ultimately defeated by Powell in the final election.

In October 10, 1947, he and A. Philip Randolph organized the Committee Against Jim Crow in Military Service and Training. Reynolds acted as the committee’s national chairman, campaigning with Randolph to defeat a peacetime draft bill that failed to end racial discrimination. Aiming to focus public attention on the hypocrisy inherent in a segregated American military, Reynolds and Randolph threatened to organize a civil disobedience campaign in which African Americans would resist the draft law. On July 26, 1948, Truman responded by signing Executive Order 9981, which mandated “equal treatment and opportunity for all persons in the armed services without regard to race, color, religion, or national origin.”

Reynolds became a private practicing attorney in 1951 and moved to White Plains, New York where he was elected president of the local branch of the NAACP in 1954. In the fall of 1961, Reynolds was appointed Counsel to the Chairman of the Republican National Committee.  Opposing Barry Goldwater’s candidacy for president in 1964, Reynolds lost his position as Counsel. He continued to practice law in White Plains and taught as a professor of law at Nova Southeastern University in Fort Lauderdale, Florida.

Grant Reynolds, a member of Sigma Pi Phi fraternity, died of a heart attack in Fort Lauderdale, Florida on August 30, 2004. He was 96 years old.