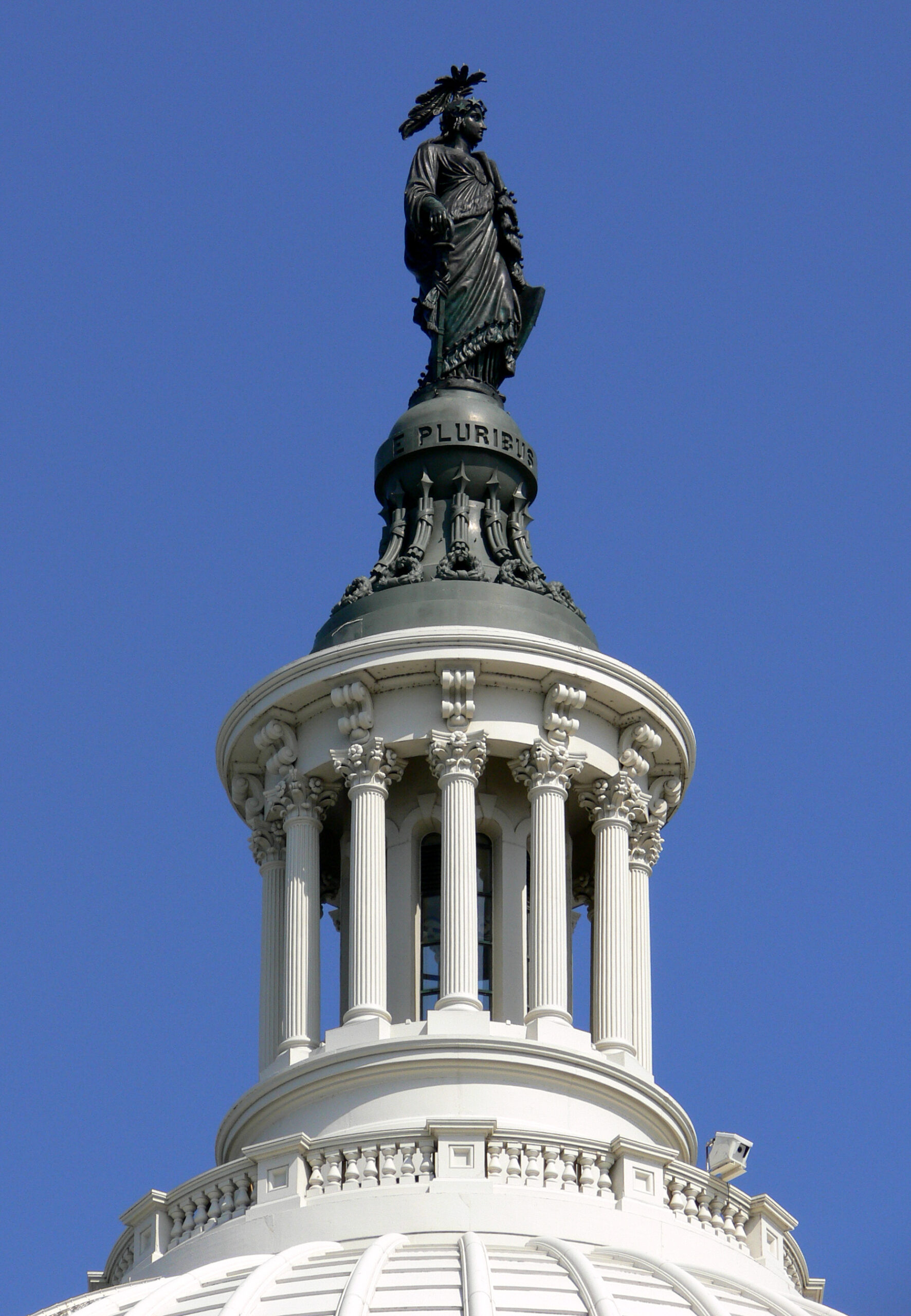 Craftsman Philip Reid is best known as the enslaved African who worked on the casting of the Statue of Freedom which sits atop the Capitol building housing the United States Congress.  Reid is the most famous of the enslaved workers who comprised 50% of the workforce which built the structure that currently houses the United States Senate and House of Representatives.

Reid was born a slave in Charleston, South Carolina around 1820 and was purchased during his youth by ironworker Clark Mills, who owned a foundry located in Bladensburg, Maryland. Mills quickly recognized Reid’s skills in ironworking and included him as an essential part of his construction team.  Mills’ first major project was the Andrew Jackson statue in Lafayette Square, New Orleans, Louisiana, completed in 1852. The success of the Jackson statue made Mills the leading candidate for creating the 19.5 foot, 15,000 pound Statue of Freedom over the nation’s capitol. In the Spring of 1860, the original plaster model of the statue was showcased outside the Capitol and waiting to be disassembled for casting at the foundry. A salary dispute with a foreman, who was scheduled to assemble the five main sections of the plaster model, led to his dismissal. Facing a dire situation, Reid stepped up and described to Mills his plan to use a pulley and tackle to pull the ring atop the model which would reveal the seams of the sections. Once they were known, the statue could be assembled piece by piece at the top of the Capitol Building.

Reid worked on the painstaking assembly of the Statue of Freedom almost continuously from July 1, 1860 to May 16, 1861. He worked weeks without a break and without compensation, only receiving pay on the Sundays that he labored on the project.  Since Sunday was a traditional rest day for enslaved laborers, Mills agreed to pay him $1.25 a day for his labor on those days.  Reid worked 33 Sundays and received a total of $41.25 for his efforts. Although other enslaved workers were part of the Capitol construction crew, Reid was the only known slave to work on the statue.

Few seemed to note or care that an enslaved African was crucial to the assembly of a statue dedicated to freedom which was slated to sit atop the Capitol Building of the United States.  Reid finally received his freedom, however, not because of his work on the statue but because all enslaved people in the District of Columbia were liberated by the Compensated Emancipation Act.  The Act, which went into effect on April 16, 1862, freed Reid along with 3,185 other enslaved black District residents. Though most of the people who petitioned the federal government for compensation were former white slaveholders, a small group of blacks filed for compensation because they had bought their family members’ freedom from past owners.

The historical record provides only a few glimpses into Reid’s life after the Civil War.  He remained a Washington resident and became a “plasterer,” where he completed walls for local businesses and homes.  The 1880 U.S. Census listed Washington, D.C.-born Mary P. Reid as his wife and the couple had a two year old child named Henry Reid.  Reid and his family spent the remainder of his life living in different parts of the black community of Southwest Washington.

Philip Reid died on February 6, 1892 in Washington, D.C.  He was 72.  On December 2, 2008, 116 years after his death, Congress officially recognized the efforts of Reid and other enslaved laborers of the U.S. Capitol by constructing Emancipation Hall which serves as the entry to the Capitol Visitors Center. The Hall contains the original plaster model that Reid used for the Statue of Freedom.