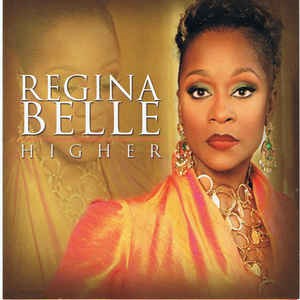 R&B and Pop singer Regina Elaine Belle was born on July 17, 1963, in Englewood, New Jersey, to Eugene Belle and Lois Belle. She has one brother, Bernard. At a young age, she began performing at Englewood’s Mount Calvary Baptist Church. In 1972, when Belle was 12, she won a school contest singing The Emotions’ “Don’t Ask My Neighbors.”

Belle graduated from Dwight Morrow High School in Englewood in 1981 and participated in comprehensive Saturday studies at the Manhattan School of Music for Preparatory College in New York City. Afterward, she studied opera and jazz at Rutgers University where she had a combined major of Africana Studies and Music. While there she became proficient in trombone, tuba, and steel pans. Belle left Rutgers in 1985 during her senior year to pursue a professional music career. That year she married her former professor, flutist Horace Alexander Young. They had one child before divorcing in 1990.

Beginning in the 1980s Belle released a stream of popular singles and albums over the next four decades. Her debut album in 1987, All by Myself, peaked at 14 and remained charted for 38 weeks on Billboard Hot 200. It also had her first hits, “So Many Tears,” that reached no. 11 and stayed there for 14 weeks, and “Show Me the Way” which peaked at no. 2 and remained on the charts for 17 weeks. Her follow-up album, Stay with Me, was released, peaking at no. 1 in 1989, and staying charted for 55 weeks.

On June 25, 1991, Belle married John Sidney Battle, III, former NBA player with the Cleveland Cavaliers at the Grand Hyatt Hotel in Washington, D.C. The couple had four children. Two years later, in 1993, Belle partnered with Peabo Bryson for the songs “I Can’t Imagine,” “Without You,” and “A Whole New World,” which was the featured pop single from the soundtrack to the 1992 Disney movie, Aladdin. The song peaked at no.1 on the Billboard Hot 100 Singles chart and received a Grammy Award in 1993 for Best Pop Performance by a Duo or Group with Vocal and the Academy Award for Best Song of the Year Also, in 1993, Belle released the album, Passion that sold 390,000 copies. It featured “If I Could, “which reached no. 9 on the Billboard R&B chart. Belle released “Reachin’ Back” in 1995, followed by “Believe in Me” in 1998.

In 2001, Belle released the album, This is Regina! which peaked at no. 61 and charted for 7 weeks. Her next album in 2004 was the jazz standard, Lazy Afternoon which peaked at no. 58 and stayed on the charts for 8 weeks. In 2007, she collaborated with saxophonist Paul Taylor, co-composing and singing on his album, Ladies Choice.

Belle released her debut gospel album, Love Forever Shines, on Walker Davis Records reached no. 15 and remained for 30 weeks in 2008. The following year, 2009, Belle underwent an eight-hour surgery for a brain tumor that left her deaf in one ear. However, she was still able to release the album, Higher, that reached no. 44 and stayed on the charts for two weeks.

In 2015 at the age of 51, Regina Elaine Belle earned a Bachelor of Arts degree from Rutgers University. Her most recent album, The Day Life Began, came out in 2016, reaching no. 11 on the pop chart and remained charted for 5 weeks.