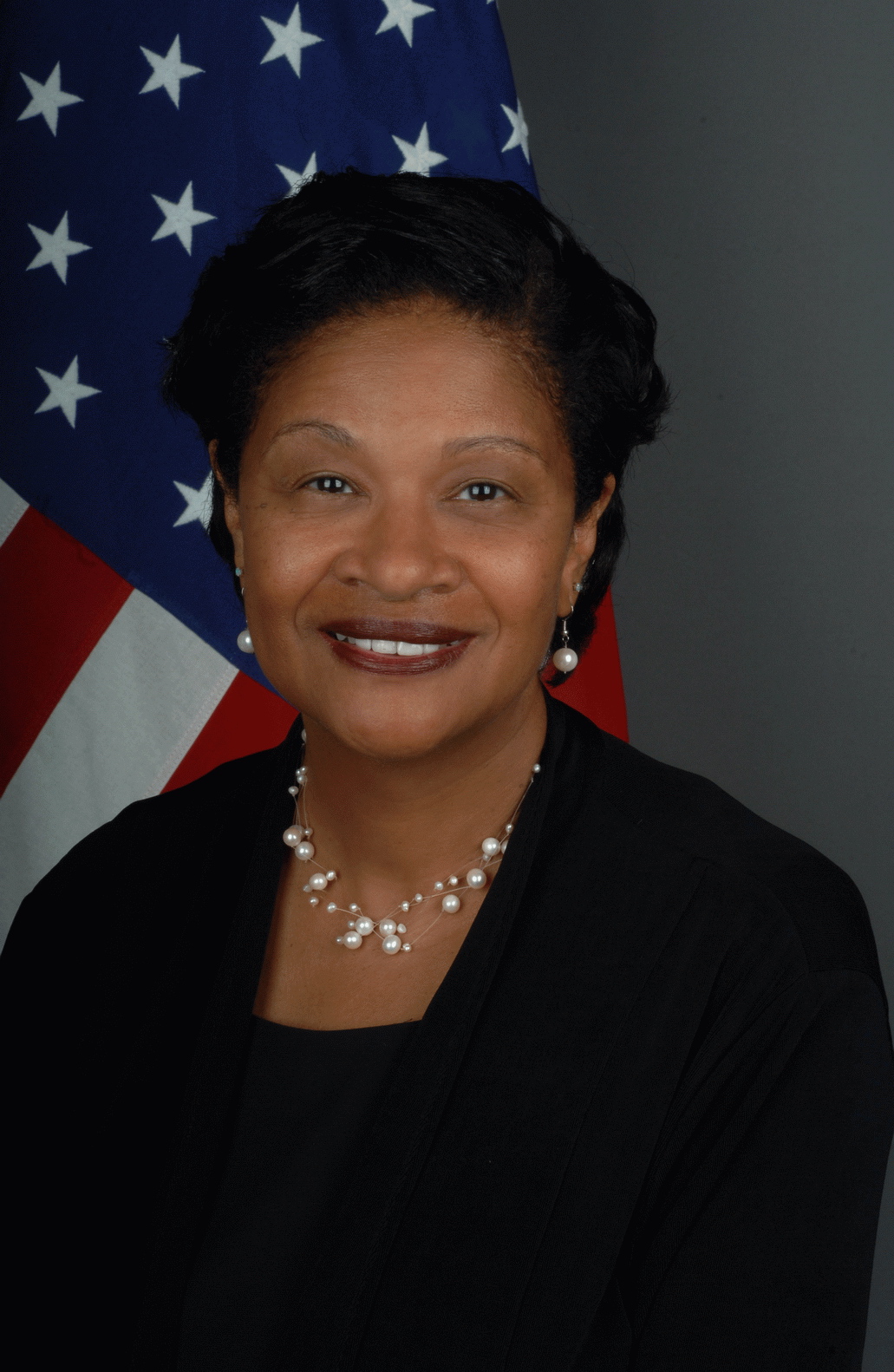 Ambassador Helen Reed-Rowe was a career diplomat with the U.S. Foreign Service.  Reed-Rowe was born in Baltimore, Maryland in 1949 to Gladys and John W. Reed, Sr.  She earned her Bachelor of Arts degree from the University of Maryland, College Park and her Master of Arts degree in National Security and Strategic Studies from the Naval War College in Newport, Rhode Island. Upon joining the Foreign Service in 1975, Reed-Rowe first served as a desk officer for the U.S. State Department’s Bureau of African Affairs and as an Examiner on the Board of Examiners in the Bureau of Human Resources.

Reed-Rowe has served in a variety of important domestic positions with the State Department including Foreign Affairs Advisor to the Department for the Avian Influenza Action Group, Post Management Officer in the Bureau of Near Eastern Affairs, and as Management Officer in the Bureau of European Affairs. She has also served as a Senior Advisor to the Office of Performance Evaluation in the Department of State.

Additionally, Ambassador Reed-Rowe was selected as a Pearson Fellow. The Pearson Fellowship allows Foreign Service Officers to work on Capitol Hill for one year, during which they are granted the opportunity to observe the legislative process.

On September 27, 2010, President Barack Obama appointed Reed-Rowe as the first U.S. Ambassador to the Republic of Palau. The small Pacific island nation of Palau is a republic, consisting of eight principal islands and 250 smaller ones located about 500 miles southeast of the Philippines. Previously, the U.S. Ambassador to the Philippines handled diplomatic relations with Palau.

Under Ambassador Reed-Rowe, the U.S. and Palau have cooperated on several important issues including strengthening regional security, promoting sustainable development, promoting fisheries, and curbing climate change among other environmental challenges.  Ambassador Reed-Rowe also sought to expand the U.S. government’s impact on local schools and women’s organizations and led the effort to provide adequate counseling and support services to U.S. military personnel and veterans in Palau.

Reed-Rowe held this appointment until July 26, 2013. After leaving her post in Palau, Ambassador Reed-Rowe joined the Army War College as a member of the Command team which guides the next generation of military, interagency and international leaders for future service at the strategic level. She officially retired from the Foreign Service in July of 2014.

Ambassador Reed-Rowe is a fluent speaker of Spanish and French. She is also a devoted mother to two, Nikkia and Kevin Rowe.