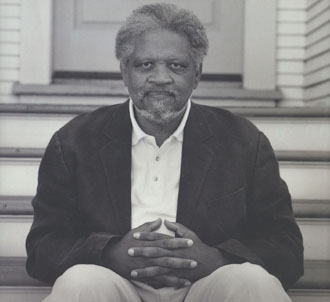 Reed attended the University of Buffalo between 1956 and 1960, but did not receive a degree. In 1995, the university, now State University of New York at Buffalo, awarded him an honorary Doctorate in Letters and named him Distinguished Alumni of the Year 2014.

In 1962 Reed moved to New York’s Lower East Side, founding Advance, a Newark, New Jersey community newspaper, and co-founding The East Village Other, an innovative “underground” newspaper. He joined Umbra Writers Workshop, honing his writing skills amongst writers, many of whom would form the Black Arts Movement. In 1967, awaiting publication of his first novel The Free-Lance Pallbearers, Reed moved to California’s San Francisco Bay area, making it his permanent home in 1970.

Reed has said his writing influences include African religion and folklore, visual arts, film, and some writers and musicians. He has authored over thirty publications to date.  With the 2018 publication of Conjugating Hindi, his eleven novels will include two of his most cited works, Mumbo Jumbo (1972) and Flight to Canada (1976), for which he coined the term “neo-slave narrative,” and Juice! (2011), featuring over twenty Reed cartoons.  New and Collected Poems, 1964-2007 is his sixth poetry collection; Life Among the Aryans (2017) his eighth play; Going Too Far (2012) his eighth poetry collection; and The Complete Muhammad Ali (2015) the most recent of three other non-fiction titles. Reed is also editor of numerous anthologies, including From Totems to Hip Hop: A Multicultural Anthology of Poetry Across the Americas, 1900-2002 (2003), its short fiction companion volume PowWow (2009), and Black Hollywood Unchained(2016).

Recipient of the West Coast Blues Hall of Fame’s 2008 Blues Songwriter of the Year award, Reed’s texts and lyrics have been performed or set to music by myriad celebrated musicians, including Allen Touissant, Carman Moore, Taj Mahal, David Murray, Bobby Womack, Macy Gray, Gregory Porter, and Cassandra Wilson. Between 2012-2016, Reed served as the first SF JAZZ Poet Laureate, and his poem “When I Die I Will Go to Jazz” is installed on SF JAZZ Center’s North Gate.

Among his other honors, he became a MacArthur Fellow in 1998, the year he also received a Lila Wallace Reader’s Digest Award, and received the first Alberto Dubito International Award for poetry in Venice, Italy in 2016.

Since the early 1970s Reed has championed the work of other writers, founding and serving as editor and publisher of various small presses and journals. His current publishing imprint is Ishmael Reed Publishing Company and online literary magazine is Konch. Correspondingly, he founded two non-profit organizations run by writers for writers: Before Columbus Foundation, which annually presents the American Book Awards; and PEN Oakland, which presents annual awards as well.

Reed taught for over thirty years at University of California Berkeley, and has been an emeritus professor since 2005. He is currently visiting scholar at California College of the Arts.

Ishmael Reed has been married to Carla Blank since 1970 and has two daughters who are also writers, Timothy Brett, from his first marriage, and Tennessee Reed.