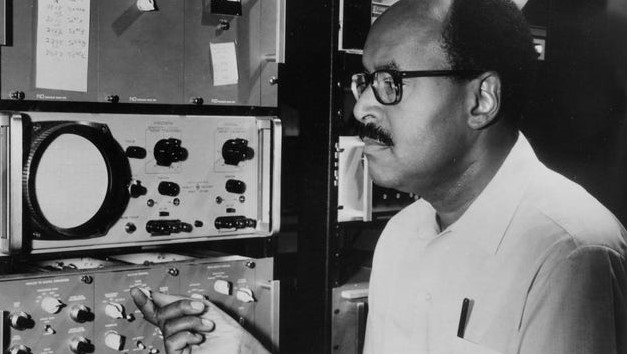 Although he was one of many scientists recruited for the Manhattan Project, which produced the atom bomb during World War II, there is a clear paucity of literature on George W. Reed Jr.  Like his fellow scientists, Reed was not at liberty to discuss, with any detail, his involvement in the project.

Born in Washington, D.C. on September 25, 1920, Reed spent his entire career as a chemist specializing in a variety of fields within the discipline. In 1942, he received a B.S. in chemistry from Howard University and two years later an M.S. He then completed his Ph.D. at the University of Chicago in 1952, after his work with the Manhattan Project.

Reed’s training as both a nuclear and geo-chemist played equally important parts in his long research career. During World War II Reed and a number of other black chemists worked at the University of Chicago Metallurgical Laboratory. Metallurgy chemists—those who study the physical and chemical properties of metallic elements—were crucial members of the Manhattan project, namely because the two primary fuels for the atomic bombs were the metals uranium and plutonium.  Reed worked on obtaining enough fissionable uranium to produce and sustain a nuclear reaction. His post-Manhattan project research continued in this area. He examined distinct patterns in radiation produced from uranium and plutonium at various stages. Reed’s work in uranium radiation, however, had immediate impact on the construction of the atomic bomb.

After World War II, Reed held a number of positions and worked, for some time, outside of nuclear chemistry, most notably with the Meteoritical Society from 1970 to 1972.  He was also on the lunar sample planning team with the National Aeronautics and Space Administration (NASA) from 1972 to 1980. After the first moon landing, Reed was given the opportunity to analyze the sample of moon rock in a nuclear reactor; he eventually concluded that the rock contained minerals not found on earth.

Reed never strayed too far from the University of Chicago, however. He held positions in the chemistry division with the Argonne National Laboratory, a scientific research subsidiary of the university, first as an associate chemist from 1952 to 1968 and eventually as a senior scientist beginning in 1968.