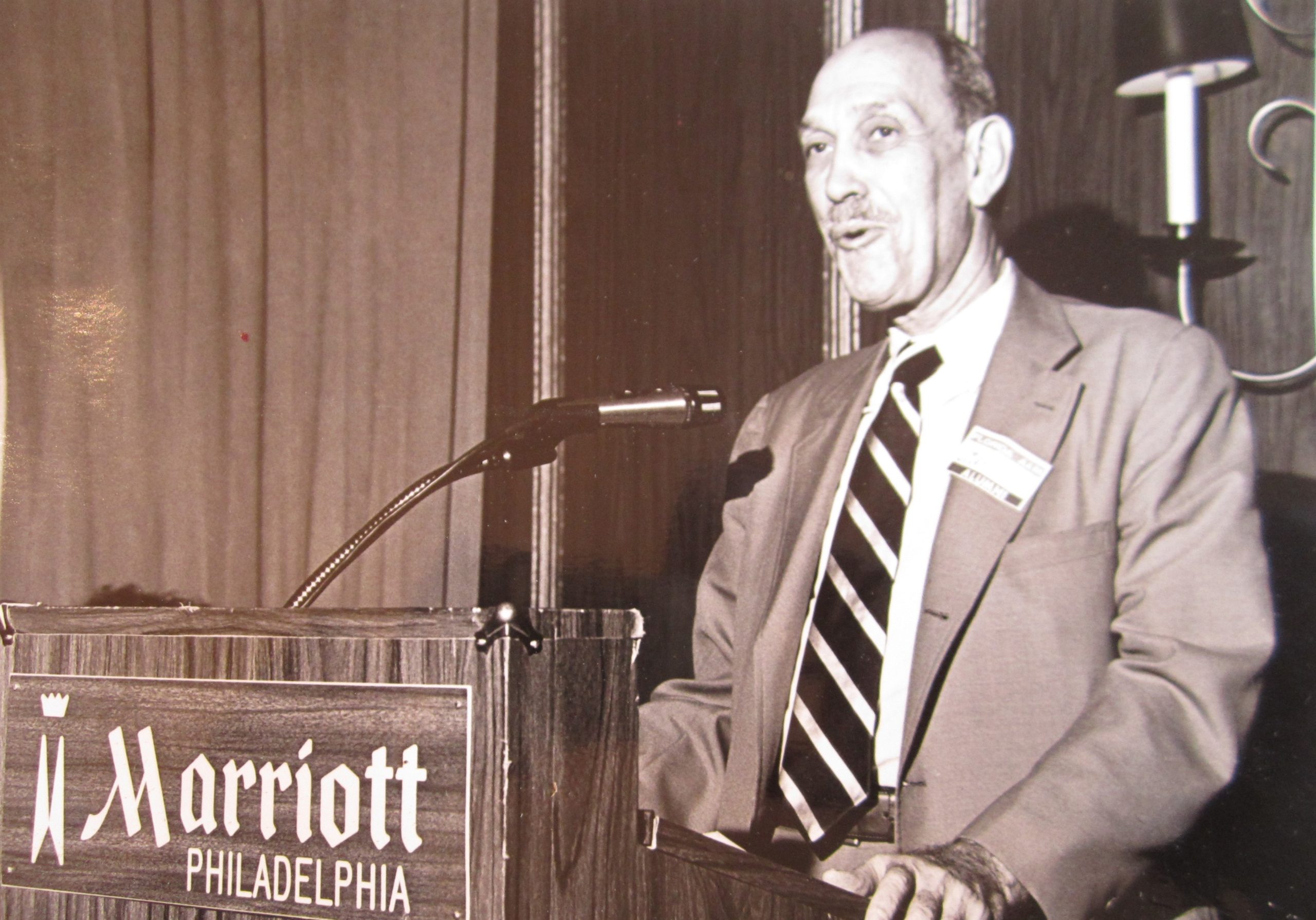 Raymond A. Brown, a prominent civil rights activist, attorney, and military officer was born on May 6, 1915 in Fernandina Beach, Florida. His mother, Elizabeth Christopher Traeye, was a domestic, teacher and homemaker who in 1930 helped establish Christ the King, Jersey City’s only Black Catholic church. Brown’s father, Miller, was the first Black bus mechanic employed at the Public Service Bus Company in Jersey City.

The Browns moved to Jersey City in 1917 where Raymond graduated from Lincoln High School and joined the segregated Civilian Conservation Corps fighting forest fires in Montana’s Kootenai National Forest. As a history major at Florida A&M College, Brown wrote humor for the FAMCEAN newspaper, participated in a 1937 campus protest, and played football under legendary coach Jake Gaither before graduating in 1938.

Brown returned to Jersey City and worked as a bellhop at Journal Square’s Plaza Hotel, shipping clerk, FDIC messenger, cab driver and dockworker while enrolled in the night program at Fordham University law school. Drafted in the segregated US Army Quartermaster Corps in 1942, he challenged segregated practices in the south during World War II and served overseas.

Upon discharge, Brown lived at the Jersey City Booker T. Washington housing complex and joined the all-Black New Jersey Army National Guard 372nd AAA Group under Colonel Leon G. Brown. He rose in the ranks to become a full colonel and Judge Advocate General, retiring in 1975. After graduating from Fordham in 1948, Brown worked for Raymond Chasan, a white Jewish lawyer who was a member of the Jersey City NAACP. While there, Brown was admitted to the Bar in 1949.

At the behest of the NAACP Legal Defense Fund’s Barbara A. Morris and Robert L. Carter, Brown represented defendants in Georgia, Alabama, Mississippi, and Texas.  He helped quell the 1964 Jersey City rebellion, the 1967 Newark and Plainfield uprisings, and the 1971 Rahway prison revolt. As president of the Jersey City NAACP (1959-1966), he helped desegregate public schools, took five busloads to the March on Washington, and joined Dr. Martin Luther King Jr. in Selma.