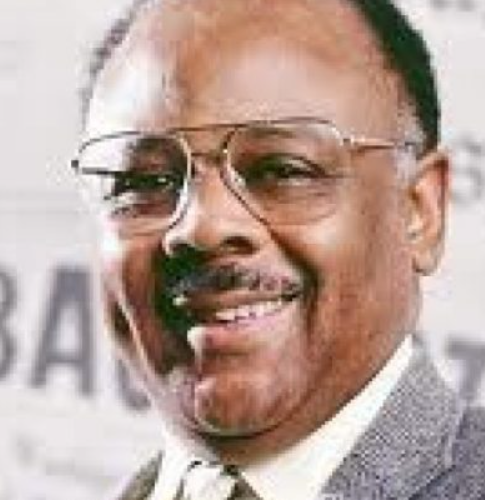 William James Raspberry, who wrote a prominent public affairs column for The Washington Post for nearly 40 years, was one of the first extensively read African American journalist commentators with a wide readership in the mainstream press. From 1995 to 2008 Raspberry also taught journalism at the Sanford Institute of Public Policy at Duke University, in Durham, North Carolina. Before his retirement from the Post in 2005, Raspberry’s popular syndicated column appeared in over 200 newspapers.  During his career Raspberry wrote over 5,000 articles reflecting his distinctly independent and often provocative observations about race, the legacy of civil rights victories, poverty, urban violence, and education.  In 1982 Raspberry won the Pulitzer Prize for Commentary, only the second black columnist, after Carl T. Rowan (1980) to achieve this honor.  That same year he also won the Lifetime Achievement Award from the National Association of Black Journalists (NABJ).

One of five children, Raspberry was born in Okolona, Mississippi on October 12, 1935, and grew up in the de jure segregated Deep South. His parents were both school teachers who taught in public schools and at Okolona College, a two-year community college for black students. Raspberry’s father, James Raspberry, taught shop and his mother, Willie Mae Tucker Raspberry, taught English. They inspired many of Raspberry’s views about self-reliance and the importance of education.

In 1962 Raspberry was hired to work as a teletypist at The Washington Post, where after a few months he was promoted to reporter.  For his coverage of the Watts riots in Los Angeles in 1965, Raspberry won the Capital Press Club’s Journalist of the Year award. In 1966, the same year Raspberry married Sondra Patricia Dodson, he was given his own column at the Post, called “Potomac Watch.”  After the assassination of Martin Luther King Jr. on April 4, 1968 Raspberry wrote a plaintive series of dispatches chronicling the city’s rioting and fires in Washington, D.C. In 1970 Raspberry’s column was moved to the Post’s op-ed page.

In 1991 a collection of Raspberry’s columns was published in a book entitled Looking Backward at Us. Among others in Raspberry’s pioneering generation of popular African American columnists and commentators were Carl Rowan and Clarence Page, who followed in his path.

Raspberry won the Elijah Parish Lovejoy Award in 1999, and during his career he received a total of 15 honorary doctorates.  The year before he retired from journalism, Raspberry garnered the 2004 National Press Club’s Fourth Estate Award.

Upon retiring, Raspberry devoted much of his time to an educational foundation that he established and personally funded called Baby Steps, designed to help children from low-income households achieve better educational opportunities from an early age.

William Raspberry battled prostate cancer for a year before he died at his home in Washington on July 17, 2012.  He was 76. Raspberry was survived by his wife, Sondra, his three children, Patricia, Mark and Angela, and a foster son, Reginald Harrison.