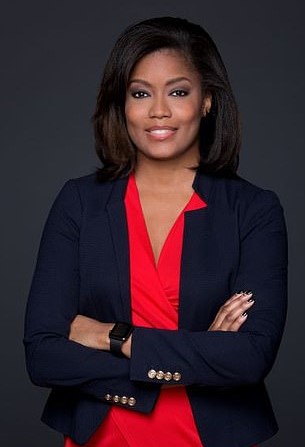 Rashida Jones is a television executive and journalist, who was recently named the next president of the television network, MSNBC. Jones was born on January 11, 1981, and attended Scripps Howard School of Journalism and Communications, at Hampton University, Virginia. She earned her BA in Mass Media Arts and Broadcasting in 2002. While Jones was still in college, she began working for WTKR-TV in Hampton Roads, North Carolina, as a producer of the 11p.m. newscast. She then moved on to working at The Weather Channel, and made her way through the ranks, as a producer of the weekend prime time program (2004), senior producer (2004-2006), executive producer (2006-2009), and finally the director of live programming (2009-2011).

Jones then moved to Columbia, South Carolina, to work as News director at WIS-TV. She remained in the position for two years. Jones joined MSNBC and NBC News in 2013. She began as an executive producer in August 2013, and by February 2014, Jones had become managing editor in charge of day-to-day show productions. For the past four years, Jones has been leading her team through the presidency of Donald Trump and the social unrest across the country. She was praised by her colleagues for her coverage of COVID-19, the global Coronavirus pandemic, and the two most watched presidential debates in history. Jones helped lead the preparation for NBC News White House correspondent Kristen Welker’s role as general election debate moderator for the second presidential debate. She also produced “The Climate in Crisis” and “Justice for All” editorial series for NBC. Jones became senior vice president at MSNBC in 2017, overseeing all daytime and weekend programming as well as breaking news and national events.

On December 7, 2020, Jones was named as the next president of MSNBC, succeeding Phil Griffin who had been president for more than a decade. She will be the youngest person and first African American executive to lead a major cable news television station. She will begin on February 1, 2021 and continue in her role as senior vice president as well. Jones also holds the position of co-chair of the Scripps Howard School of Journalism and Communications (SHSJC) Advisory Board and works as a video coach/non-teaching adjunct for 1st and 2nd year graduate students at the City University of New York (CUNY) Graduate School of Journalism.