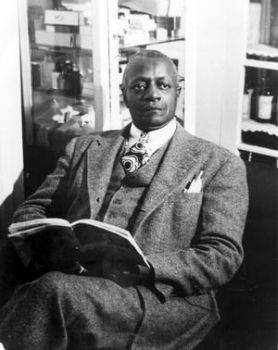 Dr. Riley Andrew Ransom Sr., the founder of the first hospital for African Americans in Fort Worth, Texas, was born on March 9, 1886, in Columbus, Kentucky, to parents Allen and Alice Ransom.  Ransom briefly attended Lane College in Tennessee then transferred to Southern Illinois State Normal University (now Southern Illinois University at Carbondale) where he earned his undergraduate degree.

Ransom attended Pharmaceutical College in Princeton, Indiana, and Louisville National Medical College in Louisville, Kentucky, from which he graduated in 1908 as valedictorian of his class. He did post-graduate work at the Mayo Clinic in Rochester, Minnesota.

After receiving his medical license in Oklahoma City, Oklahoma, in 1909, Ransom started his medical practice in Brooksville, Oklahoma, where he worked for five years.  In 1914 Ransom moved to Gainesville, Texas, where he established the Booker T. Washington Sanitarium. At that time Ransom was one of only 16 black doctors in Texas.

In 1918, Dr. Ransom moved the hospital to Fort Worth and added a Nurses’ Training School. The hospital was the first 20-bed facility for African Americans in Texas. It was also one of only three African American owned hospitals in the United States accredited by the American Medical Association.

Booker T. Washington Hospital was known for its state-of-the-art medical equipment, fully equipped laboratory, a dining room, onsite food preparation area, and nurses’ quarters.  Between 1925 and 1928 the facility was known as the Negro Baptist Hospital. In 1928 the name was changed to the Fort Worth Negro Hospital, and in 1938 Ransom renamed it the Ethel Ransom Memorial Hospital, in memory of his deceased wife.

Dr. Ransom was a member to the Fort Worth Branch of the National Association for the Advancement of Colored People (NAACP), the YMCA, Chairman of the Committee on Health and Sanitation, a Chairman of the Social Disease Committee of the Volunteer Health League, First-Aid Instructor for the American Red Cross of Tarrant County, and member of the Lone Star Medical Association.  He was also a Mason.