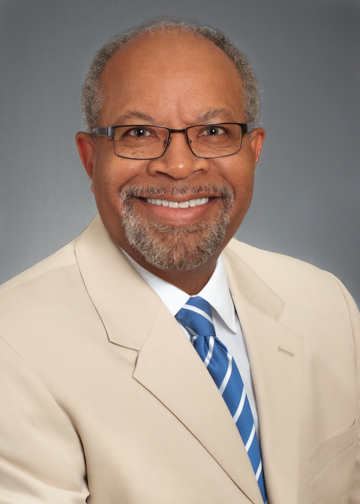 Randy Allen Daniels is a politician, and journalist, who served as the 61st Secretary of State for New York. Daniels was born in 1950, in Chicago, Illinois. His mother was a seamstress from Mississippi, and his father was a dry cleaner from Arkansas. Daniels attended the local schools and Southern Illinois University. To support himself in college, Daniels began working as a reporter for WVON radio in Chicago in 1970, before becoming a reporter for CBS news Chicago in 1972.

In 1973, Daniels earned his BA in Government and Journalism from Southern Illinois University. He continued to work with CBS news as a correspondent, and became the company’s Africa Bureau Chief, covering Nairobi, Kenya from 1977 to 1980. Daniels relocated to New York City in 1980 and worked as a national correspondent for CBS news until 1982. For two years Daniels was Managing Director for a training program for Nigerian television called Jacaranda Nigerian Limited, before becoming an adjunct journalism professor at Columbia University’s Graduate School of Journalism and the City College of New York.

Daniels began working in politics in 1986, as the director of communications for the New York City Council President’s Andrew Stein’s office. He held the position until 1988 when he served a press secretary for the first Prime Minister of the newly formed Commonwealth of the Bahamas, Lynden Pindling, until 1992. For the next several years, Daniels served on numerous committees and boards but in 1997 he was nominated by then New York Governor Elmer Pataki as a member of the Board of Trustees at the State University of New York. Daniels also served as Senior Vice President and Deputy Commissioner of Economic Revitalization at the Empire State Development Corporation (ESDC) until 1999. He then worked as the Senior Vice President for the real estate equity fund company Canyon Johnson Urban Fund L.L.P., until April 2001.

For a short time, Daniels was Deputy Mayor of New York under Mayor David Dinkins before being appointed as the 61st Secretary of State for New York on May 6, 2001, by Governor Pataki. He was the second African American to hold the position, following Basil Paterson (1979-1983). Although Daniels began his political career as a Democrat, in 2002 he changed his party registration to Republican. He remained in the position as Secretary of State until 2005 when he resigned to start an unsuccessful campaign for Governor of New York in 2006. Daniels worked at Gilford Securities Incorporated as Vice Chairman from 2007 to 2015, and has since become Managing Director of Pickwick Capital Partners, LLC, and Director at SouthWest Water Company, in Texas. He resides in New York with his wife, New York State Judge Sallie Manzanet-Daniels.