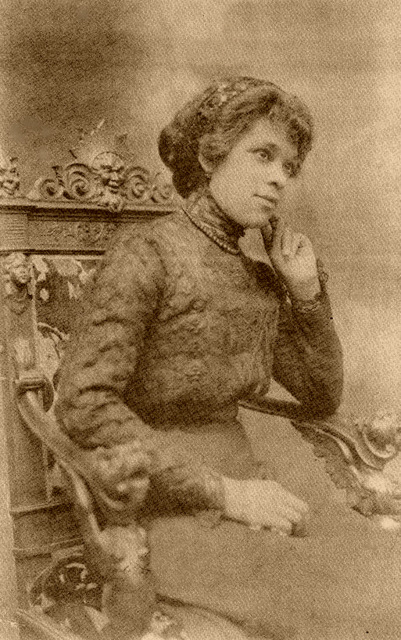 Born Lucille Campbell on April 15, 1883, in Christianburg, Virginia, Green was the second of three children of William and Josephine Campbell. A graduate of Howard University in Washington, D.C., she worked as a hairstylist in an upscale New York salon. She was the wife of labor leader A. Philip Randolph and remained his partner until her death.

Green trained as a schoolteacher at Howard and married her first husband, law student Joseph Green, after the two graduated. Sadly, Joseph died shortly after their new life in New York City started. After Joseph’s death, Green gave up her teaching goals and enrolled in Lelia Beauty College, which was founded in 1913 by Madam C.J. Walker. After graduating from the first class at the academy, Green started her own salon on 135th Street, attracting an elite clientele. Her business venture would help her future husband, A. Philip Randolph, immensely in his activist projects.

Randolph described his wife as “beautiful, gregarious, elegant… [and] her greatest love was for people.” They met when Green was thirty-one, and he was twenty-five. Both of them loved Shakespeare and participated in a small amateur performance group called Ye Friends of Shakespeare in Harlem. They called each other “Buddy.” During their brief courtship, they mostly went to political talks and stage shows because Randolph had an aversion to the socialite parties that Madame Walker hosted. They married in November 1914 at St. Philip’s Episcopal Church, a compromise that the couple had to make because Randolph did not want a church wedding, but Green insisted that it would preserve her reputation in social circles. Their “honeymoon,” at Randolph’s request, was a simple, open-car ride down Manhattan along the East River from their apartment to South Ferry.

Green and her husband shared a passion for socialism. Green, a member of the American Labor party, ran for a seat on the New York City Board of Aldermen on the Socialist party ticket. Her public activities included being an organizer for a fund for poor children called Harlem Fresh Air and founding the Harlem branch of the Howard University Alumni Association.  She funded and distributed her husband’s Socialist newspaper, The Messenger, at her salon. The New York Post, in a eulogy of Green, stated that “[Green] seems entitled to the honor of being called the one time second most dangerous Negro in America,” having funded her husband’s subversive newspaper. She also encouraged Randolph when he was asked to be the head of the Brotherhood of Sleeping Car Porters in 1925. Her income kept the two afloat until 1936 because he did not receive a regular salary from that post until then.

Asa Philip Randolph warmly acknowledged the debt he owed to his wife for having financially and emotionally supported him when his political career was starting. He stated, “We were…on an uncharted sea…But I had a good wife. She carried us.” When Lucille was asked whether she was bothered by the attention her husband received from women on his national tours, she would reply, “Let them try,” knowing Randolph was faithful to her. During the last ten years of her life, Green was confined to a wheelchair due to arthritis. Her husband gave her the best medical care possible to make her comfortable, made sure she only ate the best food, and read by her bedside the day’s paper or Shakespeare every night he was home. Lucille Campbell Green (Randolph) died on April 12, 1963, four months before her husband’s march on Washington, which was considered his most significant achievement.