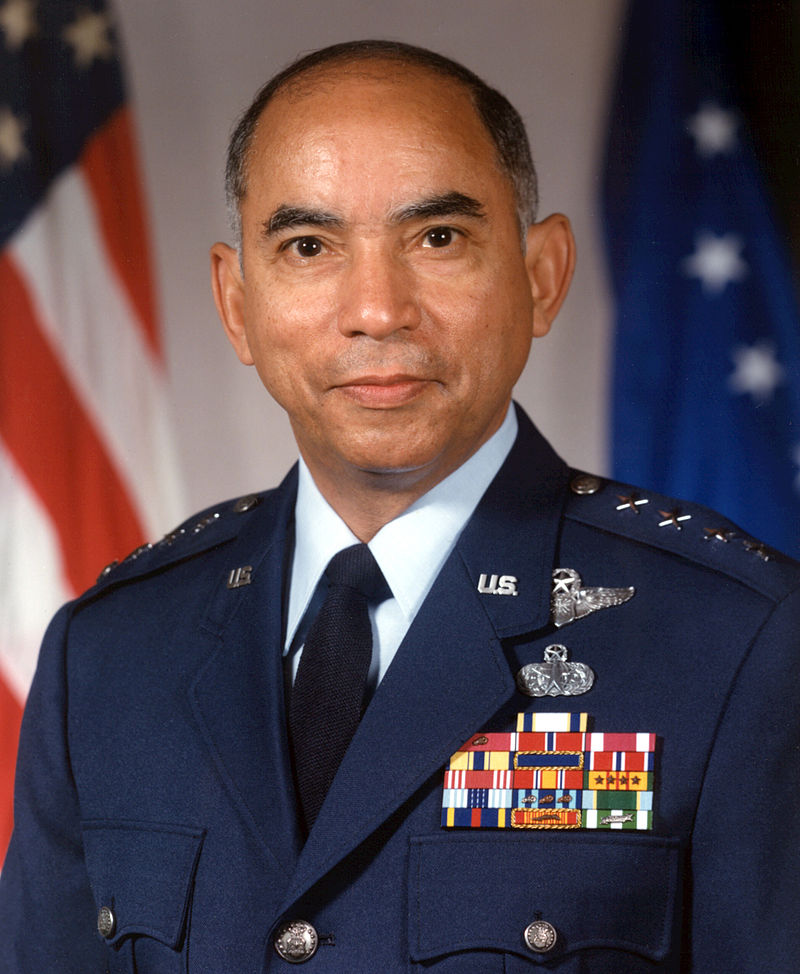 Bernard P. Randolph, career Air Force officer, was born on July 10, 1933 to Phillip J. Randolph and Claudia Randolph, in New Orleans, Louisiana. He attended Xavier University of Louisiana in New Orleans, where he graduated with a Bachelor of Science in Chemistry in 1954. In 1964, he earned a Bachelor of Electrical Engineering, and the following year he received a Master of Science in Electrical Engineering from the University of North Dakota.

To avoid being drafted into the Army in 1955, Randolph enlisted to the Air Force. Initially, he did not have intentions of making a career out of his time in the Air Force, but he saw the value of staying in the military. On November 9, 1955, he became a Second Lieutenant, and on May 9, 1957, Randolph became a First Lieutenant.

In 1959 Randolph attended Squadron Officer School at Maxwell Air Force Base, Alabama. From 1968 to 1969, he attended Air Staff and Command College while he was earning a Master’s in Business Administration from Auburn University. He also went to Air War College from 1973 to 1974. His aviation cadet training was at Ellington Air For Base in Texas, and Mather Air Force Base in California.

The first assignment Randolph received was from June 1956 to June 1962 with Strategic Air Command (SAC), where he became a Captain in February 1960. He had been one of the select crew responsible for KC-97 and B-47 flights, which were part of the first line of defense in the event of an attack by the Soviet Union. He became the Chief of On-Orbit Operations at Los Angeles Air Force Station, and was later promoted to Assistant Deputy Program Director for Launch and Orbital Operations. In this position, he was accountable for the payload operations.

After attending Auburn University, he was an airlift operations officer in South Vietnam. He was responsible for the airlift control elements there. For his work in Vietnam, he received the Vietnam Service Medal, Republic of Vietnam Gallantry Cross, and the Vietnam Campaign Medal.

Randolph returned to the Los Angeles Air Force Station where he held a variety of leadership positions from 1974 to 1980. While there, he became a Colonel in 1975. Randolph then fulfilled his assignments on the East Coast, including becoming commander of Air Force Systems Command. In this position, he was responsible for a third of the Air Force’s annual budget, almost 60,000 people, and $150 billion worth of contracts. He was promoted to become a General in July 1987.

Randolph valued education, especially for Black Americans. His motivation for staying in the Air Force for thirty-five years was in part due to the encouragement for education.

He retired in 1990. In 2010, Randolph was inducted into the University of North Dakota Engineering Alumni Academy.