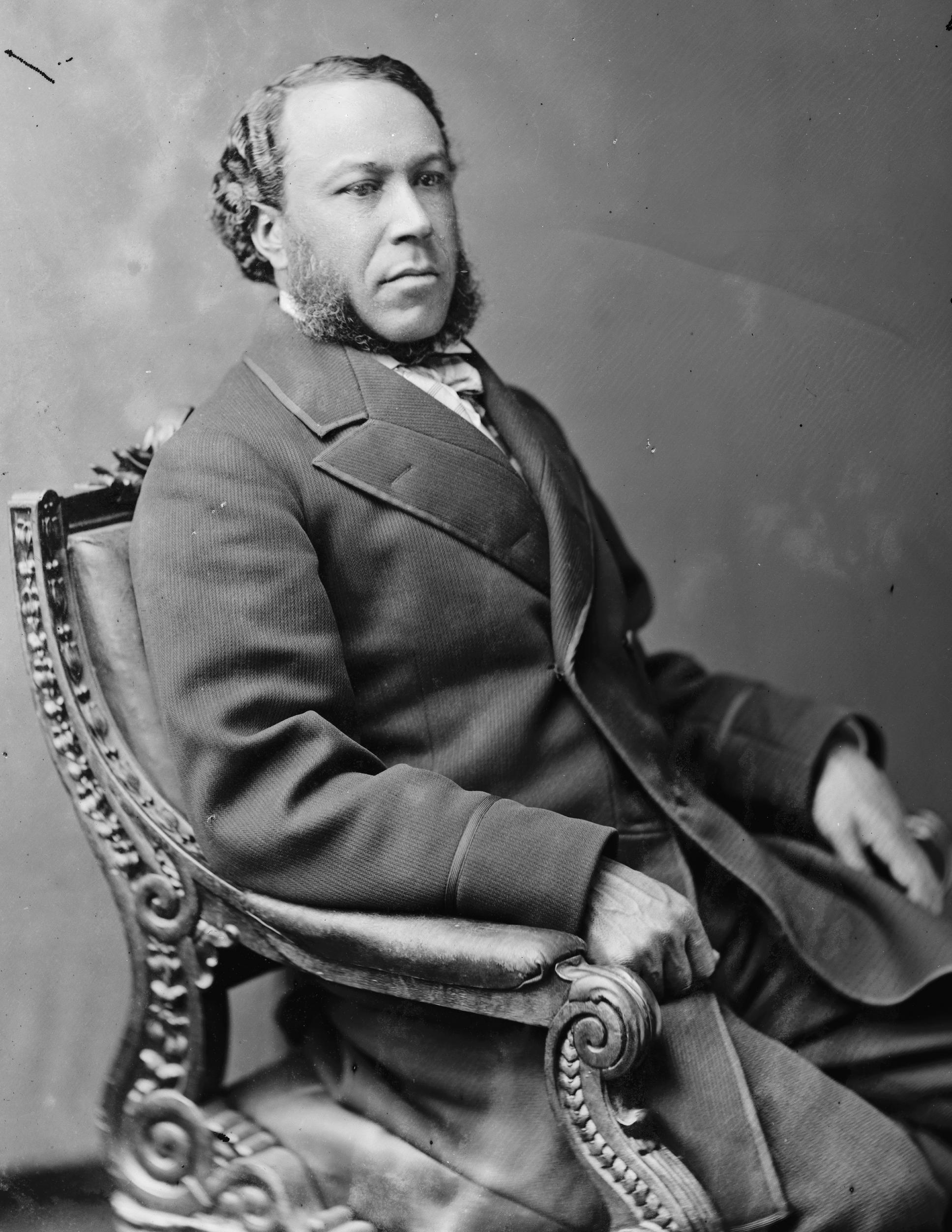 In 1870 Republican Joseph Hayne Rainey became the first African American to be elected to the United States House of Representatives and take his seat.  Others were elected earlier but were not seated.  Rainey was born in Georgetown, South Carolina, on June 21, 1832. His parents had been slaves but his father purchased his family’s freedom and taught him to be a barber. The family moved to Charleston in 1846.  Rainey, however, traveled frequently outside the South and married in Philadelphia, Pennsylvania in 1859.

In 1861 Joseph Rainey was drafted to work on a Confederate blockade runner during the Civil War. In 1862 he escaped to Bermuda with his wife and worked there as a barber before returning to South Carolina in 1866.

Once back in the state, he joined the executive committee of the newly formed South Carolina Republican party.  In 1868 he was elected a delegate to the state Constitutional Convention. Two years later in 1870 Rainey was elected to a four-year term in the state senate where he soon became the Chairman of the Finance Committee.  His tenure in the South Carolina State Senate was brief.  When South Carolina Congressman Benjamin F. Whittemore resigned Rainey won the seat in a special election.  He served in the 41st Congress and was appointed to the Committee on Freedmen’s Affairs and the Committee on Indian Affairs.  Rainey ran for reelection in 1872 without opposition.  In May 1874 he became the first African American representative to preside over a House session.

In 1876, with the Democrats reemerging as the dominant force in South Carolina at the end of Reconstruction, Rainey barely defeated Democrat John S. Richardson for Congress.  Richardson, who never conceded the election, contested Rainey’s seat for the next two years.  In 1878 Richardson won the seat, ending Rainey’s Congressional career.

Rainey returned to South Carolina and in 1879 was appointed an Internal Revenue Agent in the state by President Rutherford B. Hayes.  He held the post until 1881 when he returned to Washington, D.C. where he hoped to serve as Clerk of the House of Representatives.  Unable to obtain the appointment, Rainey instead started a brokerage and banking firm. After this failed he managed a coal and wood yard before returning to South Carolina impoverished and ill.  Joseph Hayne Rainey died in Georgetown on August 2, 1887, leaving a widow and five children. He was 55 at the time of his death.