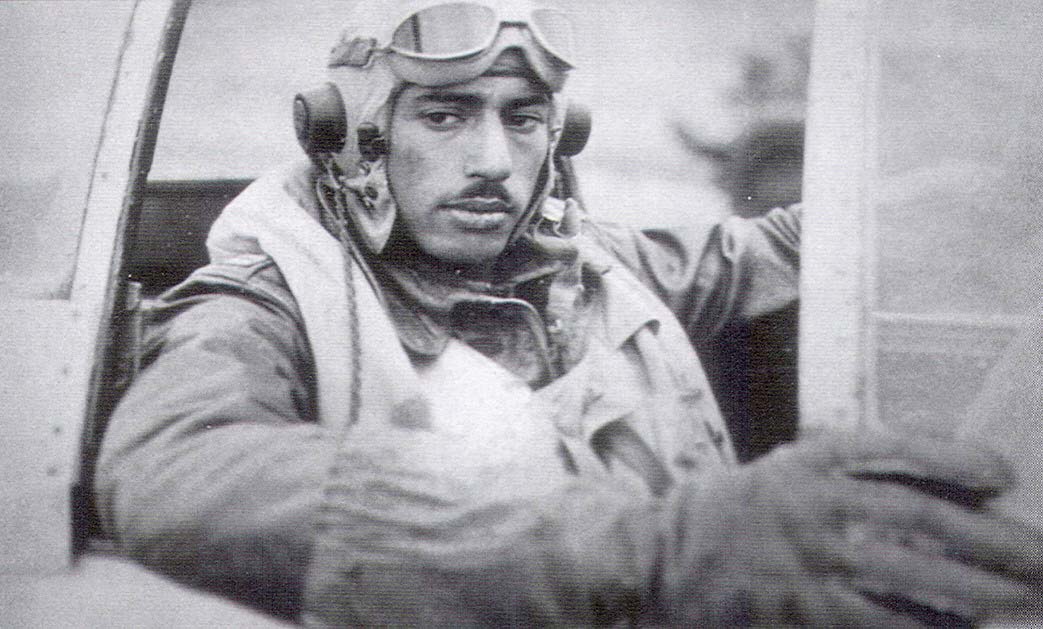 St. Louis, Missouri native Wendell Oliver Pruitt, a pioneering pilot of the 15th Air Force, was born to Elijah and Melanie Pruitt on June 20, 1920. Pruitt graduated from Sumner High School, briefly attended Stowe Teachers College (now Harris-Stowe State University), and later transferred to the historically black Lincoln University in Jefferson City, Missouri. At the time, Lincoln University was one of the three Negro colleges that conducted civil pilot training and is the institution that laid the foundation for Pruitt’s short-lived career.

While a student at Lincoln, Pruitt obtained his private pilot license from Jefferson City Airport. He graduated from Lincoln in 1941 and was accepted into the U.S. Army Air Corps Flying School at Tuskegee, Alabama. Upon completion of pre-flight training and gunnery school as well as primary, basic, and advanced flying, Pruitt was commissioned second lieutenant in December 1942. He was assigned to the 302nd squadron, which was designated as the 332nd Fighter Group. He teamed up with Lt. Col. Lee A. Archer Jr., a member of the Tuskegee Airmen who piloted aircraft during WWII, to form the “Gruesome Twosome” in the 332nd Fighter Group.

During his brief years as a Tuskegee Airman, Pruitt flew 70 combat missions overseas. He is credited with permanently disabling a German destroyer, shooting down three enemy planes in the air, and destroying several others on the ground. His air victories earned him the rank of captain as well as several awards and honors, including the Distinguished Flying Cross and the Air Medal with six Oak Leaf Clusters. Because of his exploits, his hometown of St. Louis proclaimed December 12, 1944 as Captain Wendell O. Pruitt Day. In April of 1945, just five months after celebrating his day of honor in his hometown and returning to Tuskegee rather than Europe, Pruitt and a student were killed in a plane crash while in training.

Though Pruitt is not well remembered today, his legacy continued for decades after his death. In 1952 the city of St. Louis named the federally subsidized, high-rise Pruitt-Igoe Housing Project after him. Pruitt-Igoe was originally segregated with the Wendell O. Pruitt apartments reserved for African American residents, and the William L. Igoe apartments reserved for white residents. Endless problems, including crime, drugs and rodent infestations, led to the demolition of the Pruitt-Igoe complex beginning in 1972. In 1984, the Pruitt Military Academy was established in St. Louis.  American Veteran posts in Michigan and Missouri honor Pruitt’s name today.