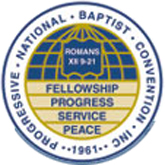 The Progressive National Baptist Convention, Inc. (PNBC) was founded in 1961, following several years of internal disagreements over the governing structure and civil rights stance of the National Baptist Convention USA, Inc. (NBCUSA). In 1957 several Baptist pastors were expelled from the NBCUSA when they challenged President Joseph Harrison Jackson’s tenure. Jackson believed the president of the NBCUSA should remain in office as long as he was fit to do so. The expelled pastors wanted to impose a four year term limit.

During its first annual meeting in Philadelphia, Pennsylvania in 1962, the PNBC adopted the motto “Unity, Service, Fellowship, and Peace.” This motto summed up the stated values of the PNBC, which focused on cooperative social teachings that encouraged whites and blacks to work together to solve racial issues. Later in the decade the PNBC supported the black power movement and was one of the first black organizations to publicly oppose the Vietnam War. It is also one of the few Baptist conventions that ordained women as ministers.

The PNBC is different from other African American Baptist Conventions in that its founding principles included limited tenure in office, a unified budget where member churches must donate 1% of their operating budget to the PNBC as a membership fee, and its dedication to the support of African American educational institutions. Today the PNBC consists of 2.5 million members, including 1.5 million in the United States and one million in Africa, Asia, Europe, Latin America, and the Caribbean.