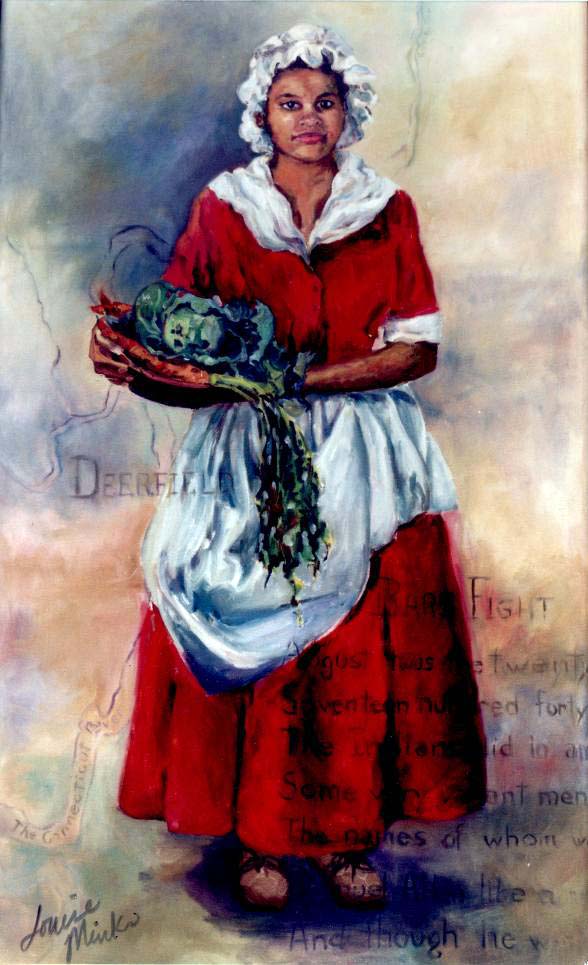 The author of the first known work of African American literature (the poem “Bars Fight”), Lucy Terry Prince was kidnapped in Africa as an infant and sold into slavery in Rhode Island.  At the age of five, she became the property of Captain Ebenezer Wells of Deerfield, Massachusetts.  Around the age of sixteen Lucy Terry responded to a 1746 Indian ambush of two white families in a section of town known as “the Bars” by composing the ballad poem “Bars Fight,” which earned her local acclaim.  She remained enslaved until 1756, when Obijah Prince, a prosperous free black man, purchased her freedom and married her.

In 1760 the Princes moved to Guilford, Vermont, where Lucy Terry Prince gained local renown as a storyteller and orator while educating her six children.  A courageous, eloquent activist, Prince worked hard not only to survive economically but also to protect her family from racist harassment and vandalism.  She agitated, unsuccessfully, for her oldest son to be admitted to Williams College.  Widowed in 1794, Lucy Terry Prince moved to Sunderland, Vermont, where she died in 1821.  Lemuel Haynes preached an antislavery sermon at her funeral in which he predicted that despots and racists, “tyrants and oppressors,” would “sink beneath” Terry’s “feet,” a witty reference to her poetry.