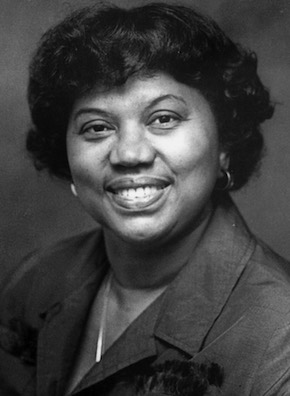 Jewel Limar Prestage was the first African-American woman to earn a PhD in political science at an American university. Prestage was born on August 12, 1931, in Hutton, Louisiana, to Brudis Leroy Limar Sr. and Sallie Bell Johnson Limar. At a young age, her family relocated to Alexandra, Louisiana. At sixteen she graduated from Peabody High School, where she was the valedictorian.

After completing her bachelor’s degree, Limar attended graduate school at the University of Iowa, earning her master’s degree in 1952 and her PhD in political science in 1954 at the age of twenty-two. She was both the first African American woman to earn a doctorate in that field and one of the youngest holders of that degree in the nation. In 1953, while still in graduate school, Limar married James Jordan Prestage after he returned from military service in Korea. The couple later had five children.

After completing her doctorate, Dr. Prestage accepted a teaching position at Prairie View A&M University in Prairie View, Texas. After two years at Prairie View, she returned to Southern University as a faculty member, eventually becoming department chair and then dean of the school of Public Policy and Urban Affairs, a position she held until her retirement in 1989. In recognition of her contributions, Southern University conferred upon her the status of Distinguished Professor Emeritus. In 1989 Prestage returned to Prairie View A&M University as professor in political science and subsequently dean of the Benjamin Banneker Honors College until her retirement in 2002.

Prestage was also involved in the political activities of the community surrounding Southern University. She helped found the Louisiana Center to Assist Black Elected Officials and served as its director. She also directed her citizen activism toward the poor quality of civic education in elementary and secondary schools of Louisiana. She helped implement programs that helped over five hundred Louisiana teachers improve their teaching methodology in civic education. Prestage focused her academic research on the involvement of black woman in the political process and gave visibility to their contributions. She was the first political scientist to pursue research that focused on African American women legislators, and her book, A Portrait of Marginality (co-authored with Dr. Marianne Githens), has been described as a classic study of women and politics.

President Jimmy Carter appointed Prestage to serve on the National Advisory Council on Women’s Educational Programs for the U.S. Department of Education.  She took the post after Senate confirmation and was later named chair of the council, becoming the first woman of color to hold the position. Prestage won numerous awards, including the National Conference of Black Political Scientists’ Fannie Lou Hamer Award, the American Political Science Association’s Frank Goodnow Award, and the Southern Political Science Association’s Manning Dauer Award.

Jewel Limar Prestage died on August 1, 2014, at the age of eighty-two.