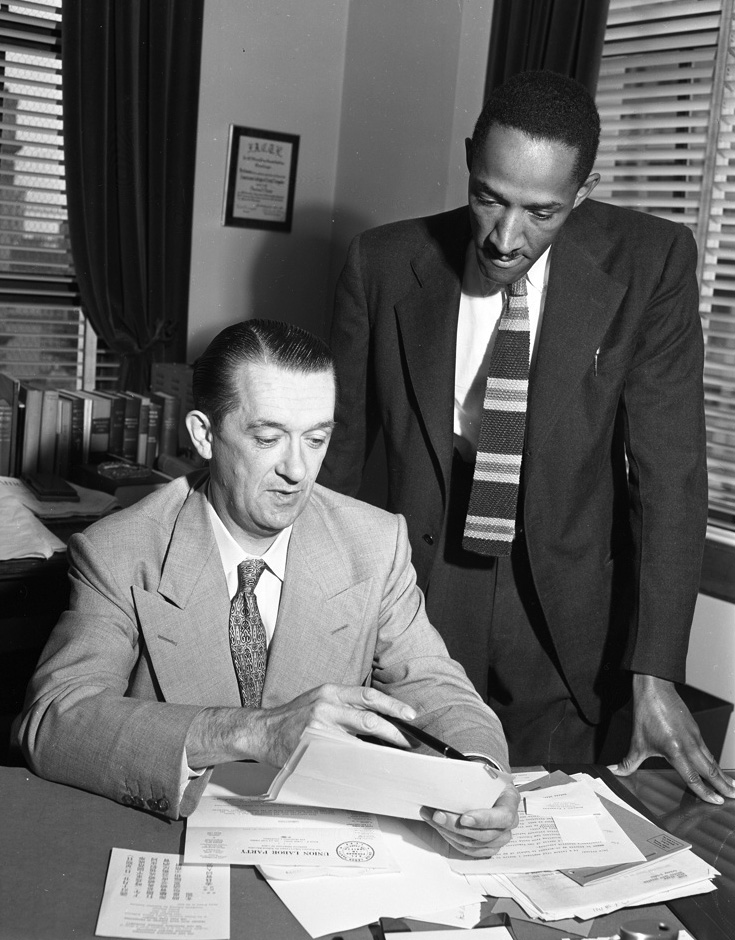 Cecil Francis Poole, the first African American U.S. Attorney in the continental United States and the first African American federal judge in Northern California, was born in Birmingham, Alabama on July 14, 1914, to William and Eva Poole. In 1918, the Poole family moved to Pittsburgh, Pennsylvania. Cecil Poole studied at the University of Michigan earning his bachelor’s degree in 1936. He then received a J.D. from Harvard University in 1939. One year later, Poole passed the Pennsylvania state bar and was hired as an attorney for the National Labor Relations Board.

In 1942, Poole was drafted into the United States Army and also married Charlotte Crump. Although he was an attorney, Poole was assigned to the North Atlantic Wing of the Air Transport Command in Manchester, New Hampshire, a unit primarily used for manual labor. Poole was eventually promoted to staff sergeant and later first lieutenant in the judge advocate general’s office.

Upon receiving an honorable discharge in 1946, Poole moved to San Francisco, California where he took a job as a research attorney for the West Coast Office of Price Administration (OPA). In 1949, he accepted a job as an assistant district attorney in the office of San Francisco District Attorney Edmund “Pat” Brown. Nine years later, upon being elected governor of California, Brown appointed Poole as his extradition and clemency secretary. On June 29, 1960, President John F. Kennedy appointed Poole U.S. Attorney for the Northern District of California, making him the first African American U.S. Attorney in the continental United States.

Although President Lyndon B. Johnson nominated Poole for the U.S. District Court for Northern California in 1968, the Senate failed to confirm him and Poole’s nomination was withdrawn. In 1970, Poole left the United States Attorney’s office and returned to private law practice.  During his time in private practice, Poole focused on entertainment law, representing prominent musicians such as Janis Joplin, Jefferson Airplane, and the Doobie Brothers. President Gerald Ford appointed Poole to the U.S. District Court for the Northern District of California in 1976, making him the first African American federal judge in Northern California.

In 1979, President Jimmy Carter appointed Poole to the Ninth Circuit U.S. Court of Appeals, thereby securing Poole’s position as the first African American to serve on that court. Poole served in this position for over 25 years, receiving Senior Judge status in 1996. Also in 1996, Poole was inducted into the Charles Houston Bar Association Hall of Fame. Judge Cecil Poole passed away on November 12, 1997 from complications arising from pneumonia.